This month we had an honor to talk with Boris. Boris warned us that he gets rather chatty during interviews which is all fine with us. An hour and a half later, we had a barrel of laughs and one of the best interviews so far.

Life of Boris is a Youtube channel that’s very familiar to many gamers and even non-gamers from Serbia. From gaming, through cooking and explaining the ”Slav” culture, Boris has it all. Here’s what he has to say about his life on Youtube.

Which video do you think started to give you attention?

The first video that gave my channel some attention was Cheeki Breeki Airlines. After that people started slowly discovering the channel. The more videos I made, the more gems people found, like the How To Squat and also language videos.

How would you describe your fans? Do you get a lot of feedback from them?

My fans are like a big group of party slavs, always ready for fun. I get a ton of feedback from all social media sources and I try to check out all of it.

How much do you value your privacy and why?

My privacy has been my main concern from day 1. I guess it’s just the fact that I prefer to live a normal life outside of YouTube. As there is a lot of cases of people taking advantage of YouTuber’s private details and harassing them. People can still contact me, but I prefer it to be over the Internet. 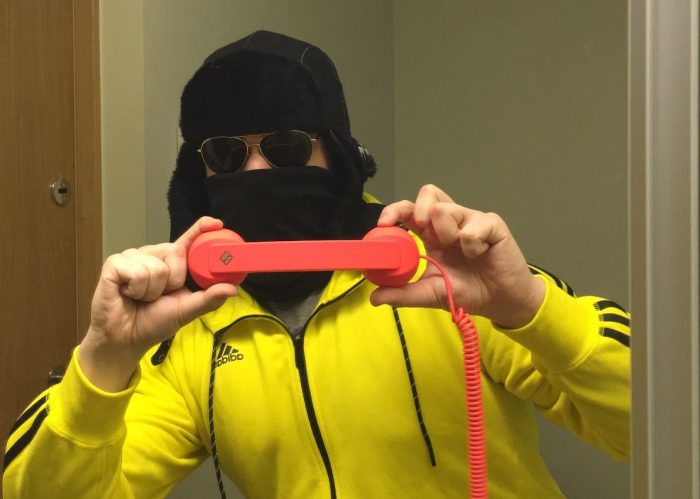 What types of games you usually play?

Usually I play shooter games. Fast action and with a side of story. I also like driving games a lot like Forza and Dirt.

What types of games do you avoid?

I avoid games that I find boring (obviously like everyone else). But I also usually stay away from horror games, especially ones that give you no weapon to shoot the enemies. If the main point of game is to feel helpless, it’s not for me.

How’s your gaming rig set up?

Is Boris a character you play, or is it your personality?

A bit of both. The stories and the details like cooking and the vodka and the sunflower seeds are all true to life. Also, I really do eat mayonez that much. But sometimes I do dress up in Adidas for the occasion of filming. I don’t wear it literally all the time (way too poor for that).

Have you ever stayed in character even on serious occasion?

The personality I show in videos is very much the same as I am in real life, so yes.

You’ve gained a lot of fans when you did your Serbian Lessons with Boris video. Do you plan to do more or use different Serbian words?

I am happy that the Serbian fans found me and happy to see them at the channel. And yes I plan to make more of Serbian videos.

What is the secret of your success?

Lots and lots of vod… I mean kvass. Yes. And blins with babushka’s homemade jam. Truthfully it’s about letting go of what people think and just doing what you think is good and entertaining.

Are you active on social media?

Did you have any negative experiences with YT? If so, can you give an example?

I have had some negative feedback. But it does not come close to the amount of good comments and ratings. I take all negative comments into consideration and try to change my style to not offend someone or to be more on point. But usually I just brush off the bad and keep on with my style.

But negative experiences with YT as a platform – no.

How do you deal with internet trolls?

I reply to them in a casual non-provocative manner. This kills off the troll. They just want to see an emotional reply to their provoking comment. I don’t go along with it. No time for it.

Do you do all of the editing and recording?

Yes. Takes a lot of time, maybe 8-10h per video, but it’s worth knowing that I have done it all.

How did you come up with the idea for the channel?

It started off as Cab Driver Boris as a joke video for a friend. A lot of jokes in the first videos are very specific and intended for narrow circle of people. But I guess others found it funny as well and there it went. After that things just went the natural path – I kept doing things I find entertaining and that’s what I do today.

Did fame ever get to your head?

No, I get to head of fame. I’m sure by now some references on the Internet are caused by me. But overall, I am still the same person as I was when starting channel. Replying to comments and DMs as much as I can. In personal life though, fame has not affected me at all, since nobody publicly knows who I am. The friends that knew me before the channel, they are the same people as before. All is good in life of Boris.

What do your friends think of what you’re doing?

They support it. There are some true fans among my friends. Most just think it’s pretty cool doing what I do.

What the hell is ”cheeki breeki” and did it become your catchphrase?

What do you think of the russian ”cyka blyat” situation and the stereotype that Russian players are not so good at competitive video games?

I think the Internet is equally covered in bad players. Russians just have built it into more of a community when playing it just for fun without too much effort. And I think that has flooded the servers with these RUSH B CYKA BLYAT players.

Are you planning on branching out your channel to do other stuff like movies or books?

I have not planned anything like that. For now I just upload all my content under the same channel. But I do plan to expand my activities to wider than just regular YouTube videos. 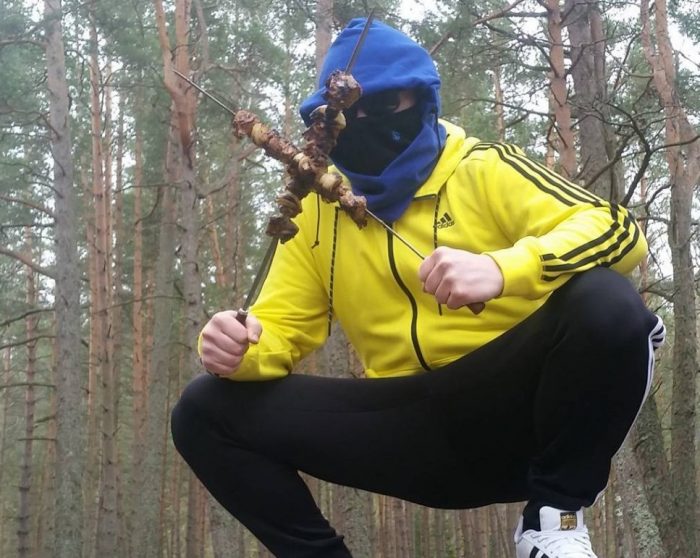 How does the future of your channel look like?

More videos and even more entertainment. I am just one guy doing everything. Unless my head explodes from the work I put in it, it will only get better. Remember, I do this as a hobby. I have a job still.

Do you plan to visit other “slav” countries?

I always do my best to plan travel to slav countries. My plan is to visit all of them and squat in all the places. And then whole world.

What would you recommend to up and coming Youtubers? and why?

I recommend to look up if there is someone already doing same thing as you are planning. It’s hard to get noticed on YouTube. Even harder if you have direct competition. An original idea with good execution is the main key to getting noticed.

Would you like to say something to your followers here in Serbia?

Outside of Youtube, Boris is actually an IT expert. From talking to him we’ve come to realize that Youtube personalities are just everyday folks, that privacy is a big deal to them and respecting it is most important. Boris has decided to bring his unique sense of humor, life philosophy and ideas to the Internet and is doing a great job. Life of Boris has become the friend of our magazine and we hope you’ll become cheeki breeki, too. 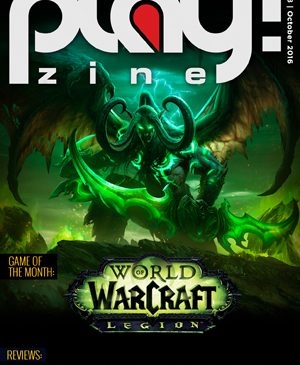