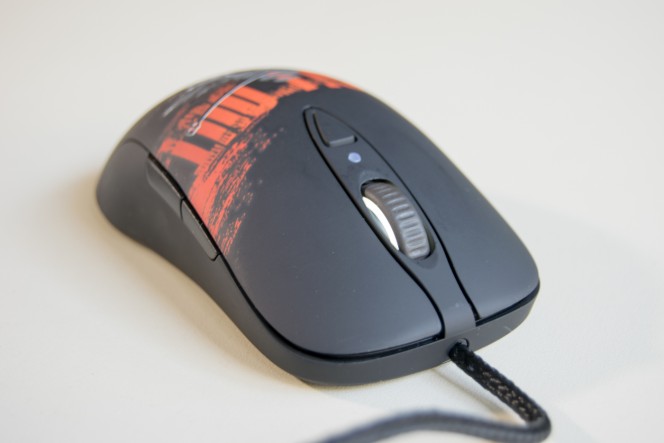 For a long time the SteelSeries Sensei has been considered to be one of the most serious gaming mice out there. We got to test its Raw version in an interesting World of Tanks edition.

SteelSeries has a reputation for being one of the market leaders when it comes to gaming mice and it is interesting that they use Japanese terms for their top of the line models. Ikari stands for rage, Xai talent and so on until we reach the Sensei – the teacher. The name itself suggests that this one is the most experienced one and we got the Raw version which should mean that this is the mouse in its purest form. Putting the marketing mumbo jumbo aside the Raw versions of SteelSeries products usually tend to hold on to the most important features while sacrificing the less needed ones, colored lighting for example. Raw products also tend to have a lower price so are more accessible to most gamers. The edition that we got was done in cooperation with Wargaming, promoting their World of Tanks game which has a substantial following. 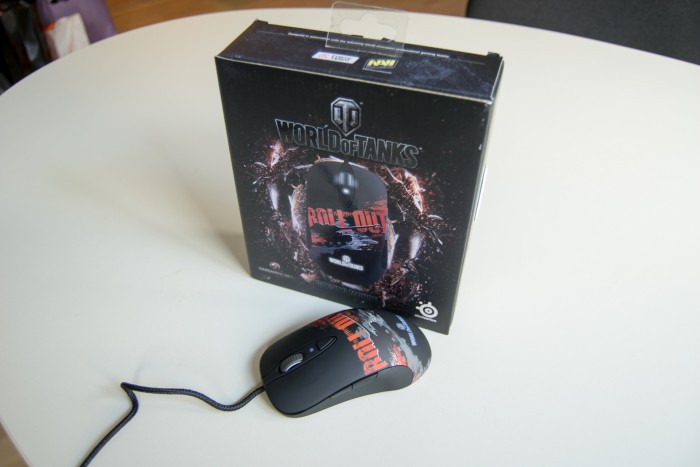 Sensei Raw differs from the standard version in that it has internal memory for just one user setting instead of five which you probably won’t even notice if just one person uses the mouse. Also, it doesn’t have an integrated ARM processor that enables it to duplicate the sensitivity of the sensor to 11.400 CPI. However, let’s be honest – the 5670 CPI that the Raw version boasts will be more than enough for anybody playing World of Tanks, even on a professional level. There is also the white illuminated World of Tanks logo on the back and you can set different light patterns for it. 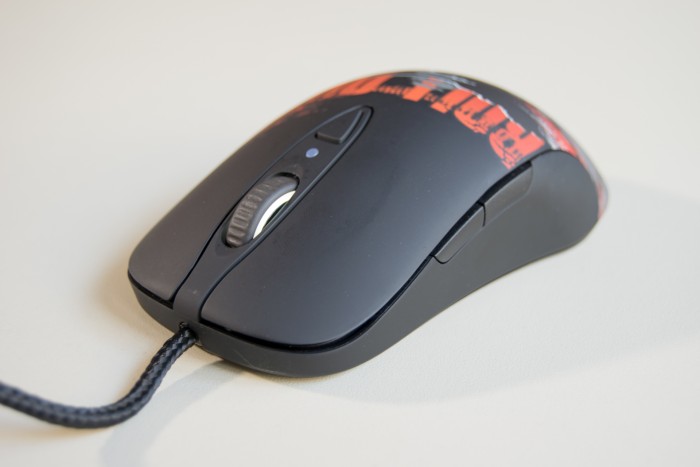 Then there are things that made Sensei legendary – a great shape, 8 programmable buttons, the ability to create macro commands, excellent sliders that will glide well on any type of surface and a precise sensor. You can set the sensitivity level in increments you define in the SteelSeries engine software and it can track movement of up to 150” per second, a bit more than 4 meters in one second. The World of Tanks edition has a combination of rubber and plastic finish that gives it an excellent grip and you shouldn’t have problems with peeling paint that happened to some older versions of the Sensei mouse. 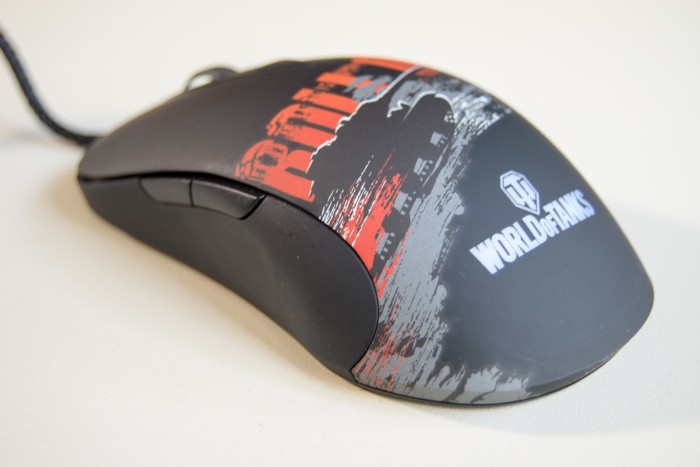 The only thing we didn’t like is that you don’t get any kind of bonus code for the game which would certainly make the fans glad, even just a small one. There is also a version of this mouse with the Heroes of the Storm branding and we will see if any more games are to follow.

Although Sensei Raw isn’t among the cheapest gaming mice out there we can conclude that its qualities justify the price which still remains reasonable. Also most users will probably prefer the Raw version instead of the standard one because they won’t be using all of its potential, especially if they’re playing games like World of Tanks.