http://mirziamov.ru/zaym-bez-otkaza/Some game designers don’t get that it’s not enough to make a game with “pixel graphics” for it to be cool and retro. It simply doesn’t work that way. There are some games that have built their own cult on pixel looks, but those are giants like Hotline Miami, which is retro just by being made so. And therefore any improvement in graphics in sequels would lead to its downfall. If someone tells you that this graphical approach invokes nostalgia in players, we can immediately tell you that you’re being lied to. First, younger players were all babies when games looked like that. Second, older players will install old games if they’re eager for nostalgia, and after half an hour they will get back to a 60FPS skirmish in Overwatch or WoT, or they will take artistic screenshots in Skyrim. The message is clear: Stop playing the “retro” card, it was interesting for couple of times, but it’s enough… Jeez!

Games located in Russian/Soviet geographical area are not that common, but they are by rule always good and interesting. There we primarily refer to the Metro and Stalker series. It’s obvious that isolation behind the iron curtain has created a kind of taboo that surrounds all spheres of society in the USSR and later in Russia too. The stories are never boring and they are always very intriguing with a very strong social “moral” message. This game is no exception. 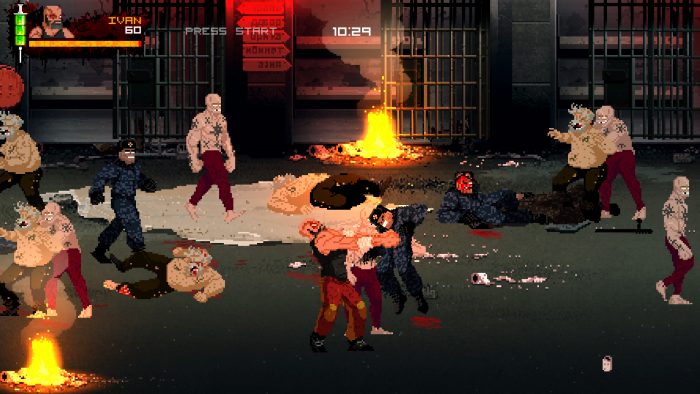 The story is set in an alternate USSR and it focuses on a group of street fighters in prison who have to deal with corrupt prison authoritarian apparatus, and also try to get off the gruesome drug that makes them seem more powerful, but is in fact little by little taking them over from inside. 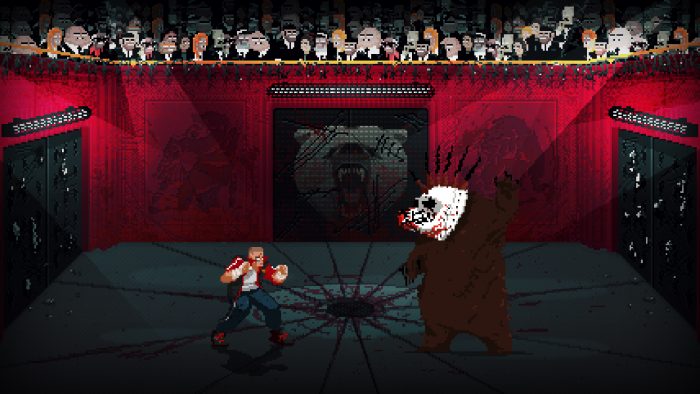 The gameplay is like in the old brawlers, such as Double Dragon and similar games. You can also play your fighter in Co-Op mode, with a maximum of 4 players, and you clean levels from waves of enemies, until it all ends with super-great boss battles that are the true stars of this game. Designers were not afraid of anything. So we can easily say that the game is not for ages 18 and under, as it indeed insists on constant consumption of drugs and it openly displays bloody stomach-churning scenes, with the addition of S&M and other sexual themes that are not so common in the life of an “ordinary gamer”. Generally, that flirtation with taboo topics is the best thing in the game, alongside the fights. Although it sometimes seems that it exaggeratedly bombs us with shocking details of Soviet prison life, but that’s something we can forgive the game that reflects the atmosphere of street brawlers so well. Break someone’s leg with a punch to the knee, elbow hit him in the chin, use dirty tricks or simply open his skull with a baseball bat. The brutality shown was done so great and so faithfully represented that you will not be able to play this for a long time and not feel discomfort and want to watch some innocent cartoon, just so you can get your mind back to normal. 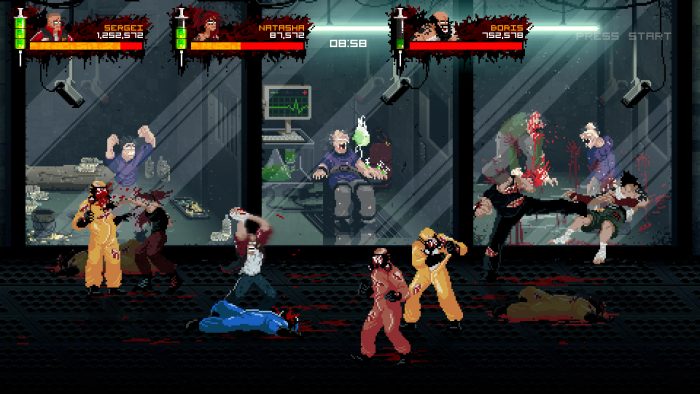 Taking into account that we expect some repetitiveness from this type of games, we actually got wise level design that doesn’t allow for repetition, so it seems that this is a game for ten. But… 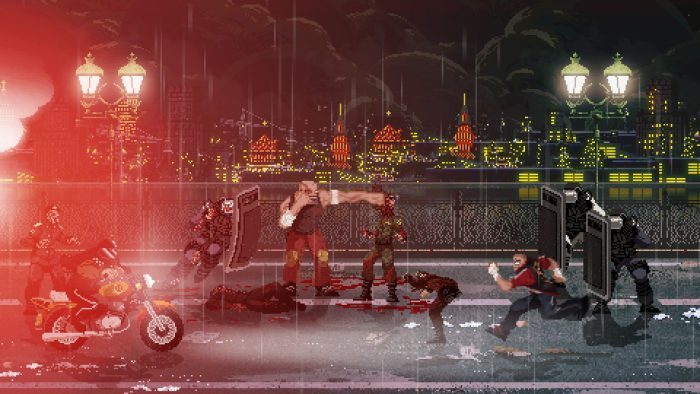 The difficulty curve exponentially raises after few levels which effects with very slow progression that, as the game progresses, becomes increasingly frustrating and nearly kills the experience. Summing everything up, we get something that everyone should try, especially if you’re an admirer of fighting games, but not much more than that. This is not a game you’ll tell stories about for a long time, so spend a few hours on it, and elegantly forget about it after you’re done. The sea of “just above average” is huge and Mother Russia is just about drowning in it.