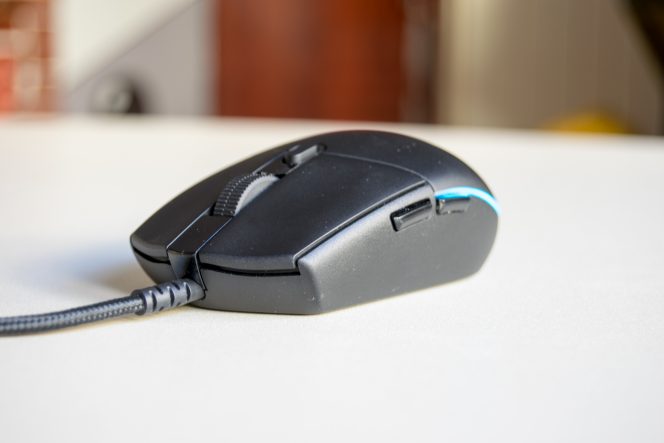 loans-cash.netThe latest editions of Logitech gaming mice have been really good but it seems that they have gone more in to the territory of over complex devices of custom shapes and many buttons. Obviously a large part of the gaming crowd have noticed this and have come to seek a more simple yet effective mouse and Logitech has listened to that giving us the Pro Gaming Mouse.

Even looking at the box we notice a more toned down appearance then before – there are no doors that open to reveal the mouse or other more or less excessive extras, it is all very simple and functional, even on the sides you just have an inscription “PRO”.  Opening the box you will find just the mouse, a quick start guide and that is it, even the software is just downloaded from the Internet which is just fine by us. 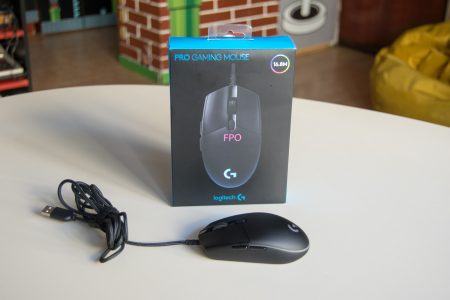 The mouse has a symmetrical shape so it can be used by both left and right handed players, but you should notice that the only two added buttons are placed so that they would be under the thumb of your right hand which may be an issue for users using the left hand to control it. And here we it also exhibits a dose of simplicity – there are the two standard buttons, the wheel, the DPI switch button and the two extra buttons, and that is it, no exaggeration whatsoever. It actually reminds me of the good old MX models that appeared about 10 years ago and I actually like that very much. The grip feels really good and robust, if I had to estimate I would say that it looks like it could serve your gaming needs for at least a decade which is a big plus. The mouse wheel is something we rarely pay attention to but in this case it we have to say that it gives a really nice feeling since it is a bit wider than on most other mice and has a nice rubber texture. It is difficult to explain how it actually feels when working with it but I would say that it is just right! The whole mouse is covered in some type of rubber-plastic combination so you won’t have any issues with slipping or palm sweating. Of course no high end mouse is complete these days without adjustable RGB lightning so here too you can adjust it in millions of colors, combinations or change patterns, but personally I always put just something simple. If you have rather big hands you need to pay attention to the fact that this mouse can be a bit small for you so it is always better to test in person to decide if the shape is ok for your needs. Pro Gaming mouse has the most standard shape and size for a mouse out there so it will fit most people just fine but if you have hands like a lumberjack and prefer a claw grip you may be in trouble. The cable is braided but is somehow much thicker than on most other gaming mice which again gives us reassurance that it will be more difficult to damage or break it. 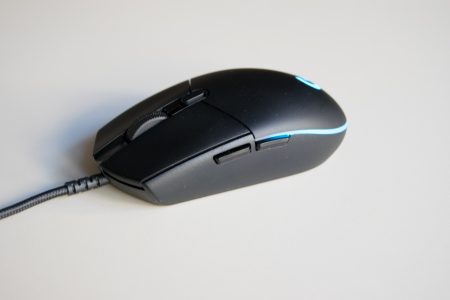 Logitech says that the mouse is extra reinforced for long term usage but it hasn’t added anything to the weight of the device. The actually state that the mouse skates are tested for 250 kilometers and left and right mouse buttons for 20 million clicks! Of course we tested it for only a short while and couldn’t possibly confirm or dispute these claims because according to Logitech it would take a professional esports athlete two years of gaming for ten hours a day to reach these numbers. So they claim that it will last you a really long time and based on our observations we can only confirm that it seems really durable. 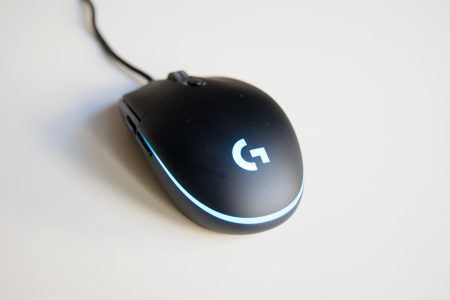 Logitech Pro Gaming mouse has a PMW3366 optical sensor that delivers pixel precise accuracy and zero smoothing, acceleration or filtering. Of course if you want acceleration you can set it in the software as well as DPI change increments that can range from 200 to 12.000 DPI. The mouse stores the settings within its internal memory and you don’t even have to install the software to make use of them, as soon as you plug it in any USB port it will behave exactly as you left it on your computer which is a great thing if you plan on carrying it around.

Logitech Pro Gaming mouse is my kind of a device – simple, without any unnecessary features and durable. I am not exactly an eSport professional and I don’t think I will ever become one but it has been a great companion for me for every game that I play. On the other hand with a starting price of $69 it is not exactly cheap and is way past the entry level gaming mouse category but still I believe it is worth every penny and that is why it gets our Great for games reward. 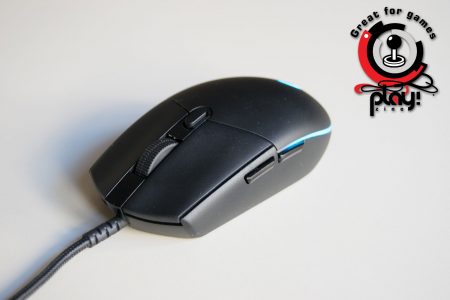