https://rusbank.net/offers/microloans/zaym_na_kartu_kruglosutochno/After the huge success of last year’s Grow Home, we now can enjoy the sequel to the botanical robot’s adventure! Bad is back with an even bigger new adventure. During his journey through space on a mission to collect as many plant species to bring back to his planet, Bad and his mother ship M.O.M. crash onto a moon in a hilarious chain of events and the ship is scattered all over the planet. It is up to us to find all of the scattered pieces in order to assemble them and continue building our cyber herbarium. 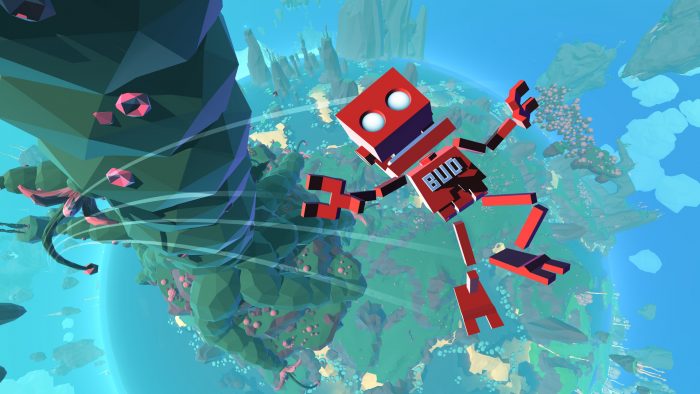 To prevent Bad from falling into despair on a strange planet, a funny little satellite Pod comes to the rescue, who somehow managed to stay in the planet’s orbit after the crash. Pod will take you through a tutorial at the beginning, and continue to offer help in several ways throughout the game. He allows you to see the planet from a bird’s eye point of view  at any moment by pressing a button, where he’ll mark all interesting things he was able to scan. Firstly, he’ll point to the locations of the ship’s parts, as well as the abilities you can unlock.  Pod will also make sure we don’t forget the plants, which were the main purpose of this whole interstellar journey. All in all you’ll be happy he’s there with you on this unexplored planet. 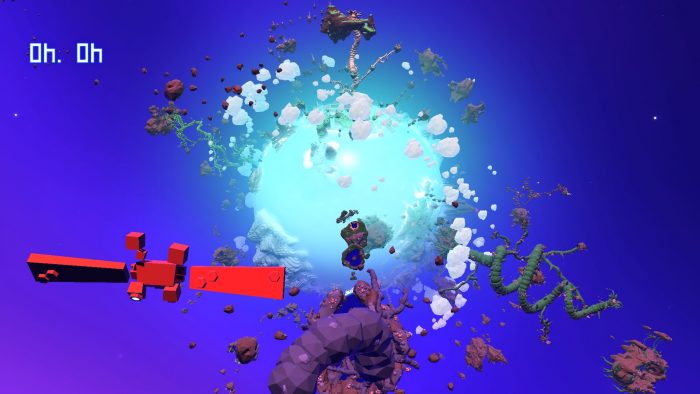 The planet you found yourself on, although low on polygons, looks really beautiful. You’ll explore different landscapes – from deserts, over ice glaciers on the poles, to forests of giant glowing mushrooms, climb giant plants and islands floating in the sky, all coupled with night and day cycles. The first task you’ll have before you is to get to a ship part that’s high above you on a floating island. Luckily, there’s a star plant growing right beneath it, and you need to make it grow enough for you to climb it. The plant has buds for Bad to hold on to and redirect their growth to nearby floating energy islands where the plant can get its energy to grow. Every star plant requires a few islands in order to grow to the desired height. 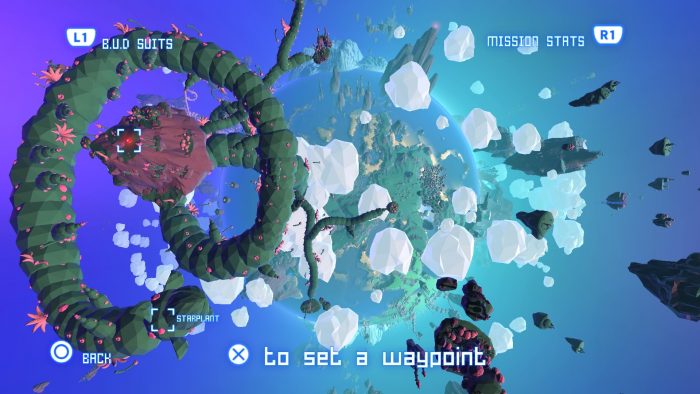 Essentially speaking, you’re once again playing an indie platformer where the main aspect of gameplay is leading a clumsy robot who climbs these giant plants by only using his hands, which can generally become very frustrating after a few mistakes that aren’t entirely your fault, but that of the controls. Fortunately, the designers of this game have been aware of it, so they put in abilities that you can get relatively quickly with a bit of research. Then there are plants that, once scanned, can be planted again anywhere to help you bridge the distance to the next platform, either height or lengthwise. It should be noted that abilities are the most important element of gameplay to completely eliminate frustration. Once you get a glider, your exploration of this beautiful planet will become real joy. Those moments when you sail the skies, skillfully using the wind to rise to the floating island at the horizon, and below you is a colorful landscape, with relaxing background music, are creating a great “chill” ambient that feels extremely good. One of the useful abilities is using the scanner on crystals scattered across the planet, which improve your abilities when in sufficient numbers – something that’s absolutely recommended, but still, isn’t outlined enough. 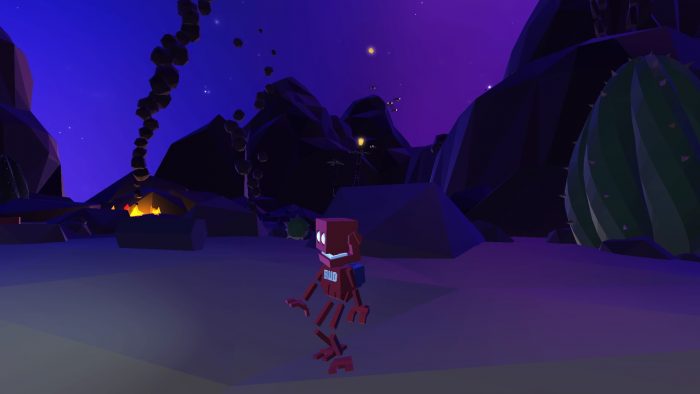 Bad performance during gameplay somewhat spoils the impression. On our test platform freezes were a regular occurrence after each collected ship part or activated checkpoint, etc., with occasional hiccups and all this at 30fps. Even the fact that it’s using Unity engine can’t justify this, because the game doesn’t even have textures, but only very few colored polygons. The music is neither too varied nor good, but given the length of the game, we didn’t find that a huge issue. 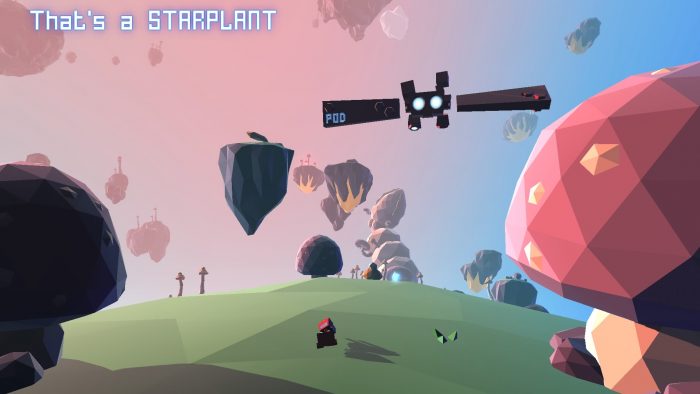 Once you collect all of the mother ship pieces and reassemble it, which takes about 3-4 hours, you will then have a several other things available to keep your attention. Collecting all of the crystals, the completion of time-trial challenges scattered across the map, scanning all of the plants, all of that with the aim of reaching the platinum trophy for completing all achievements.