They say that too many cooks may spoil the stew, but in Overcooked’s case there is no such thing as too many. That is, no more than four, because this is a cooperative game for just that many players. 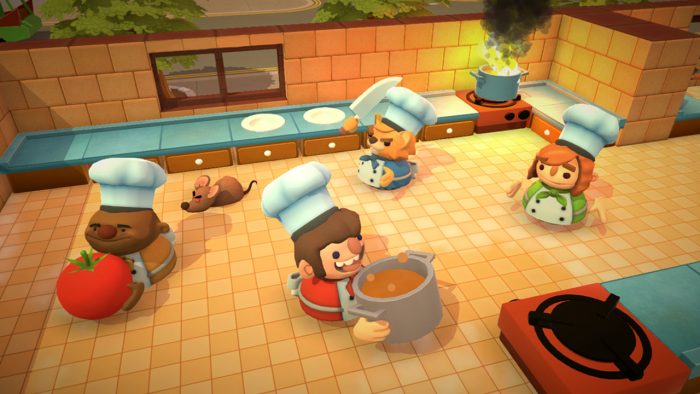 In Overcooked you and three friends will take on the roles of chefs who need to coordinate perfectly around the kitchen in order to fulfill as many orders in a short period of time. Through the campaign you go through progressively bigger challenges so in time you’ll have to juggle more and more ingredients, dirty plates and kitchens with inconsistent layouts. The final goal is to bring your cooking skill to a high enough level to save humanity from a hungry beast. 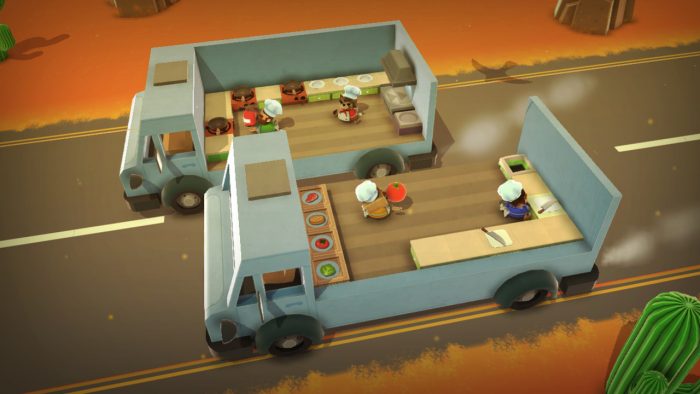 In order not to fly out of the kitchen window as if you were just fired by Gordon Ramsay, you must prepare each of your meals carefully. The ingredients need chopping, cooking at a certain temperature and serving, and there’s the eternal problem of dirty dishes that are piling up. You’ll have to deal with all of these in real time, racing against the clock, and orders just keep coming.  A single chef can concentrate on one task at a time, so Overcooked comes down to coordination and timing the completion of actions so that you wouldn’t have to, for example, have to stop slicing tomatoes and run to the stove to put away the boiling soup. 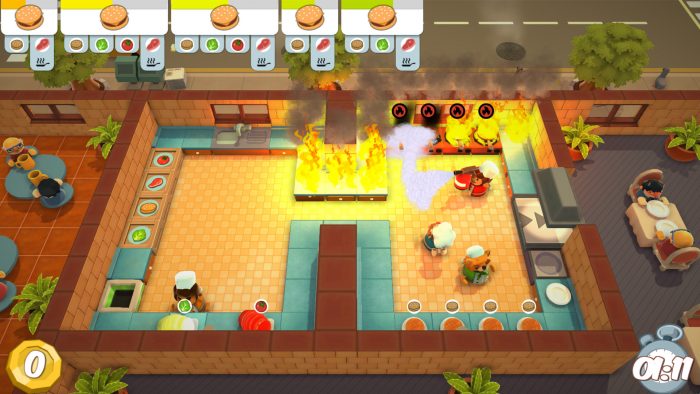 This is why Overcooked doesn’t work very well as a single player game. In that regime you have control over two chefs and, if you don’t play on a controller, you can directly control only one while the other waits for commands. There is an option of controlling them both at once with an analogue controller, but you’ll definitely want at least one other player next to you. The Co-op mode is another story, and it’s very fun, with many hilarious situations where you’ll trip over your co-players in panic attacks and throw things around the virtual kitchen in order to free up some space for a plate or a pot. 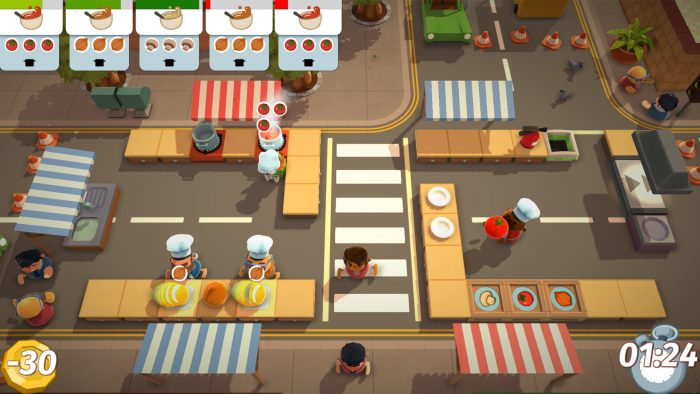 The game’s great flaw is that you can’t just turn on the multiplayer mode and have endless fun because all versus content has to be unlocked by playing. Luckily, that is also the greatest flaw because however you decide to play Overcooked, you’ll have nice entertainment for a few afternoons or an ideal lazy weekend game. The game is very likeable, oozes with humor and apart from slightly higher difficulty, isn’t frustrating. Still, controllers and friends are mandatory. It takes a lot to make a good stew and Overcooked’s is more than satisfying.