REVIEW: Everybody’s gone to the Rapture

Sometimes it’s hard to determine if a semi-automated multimedia narrative experience that eschews interaction can be called a game. Games like Everybody’s gone to the Rapture are definitely not helpful when answering such a question, and might even complicate it further. But, is it really all that bad having something like this and wondering if it’s a game or not? Of course not! Because, whatever the case might be, Everybody’s gone to the Rapture is an unorthodox gaming experience and everyone should have the opportunity to try it out. Alright, so we’ll call it a „game“ from here on out, just to avoid any unnecessary confusion that comes with defining what it really is. So, relax, get comfy and let’s begin.

Loading screen of this PS4 exclusive lasts for an eternity, but you will feel elated to know that after this you won’t be seeing it again. Even before you get sufficiently frustrated at the loading time, you will be greeted by the voice of Kate, the mysterious protagonist that will try to introduce you to the story. If you’re a fan of narrative mystery games, then this is the game for you! 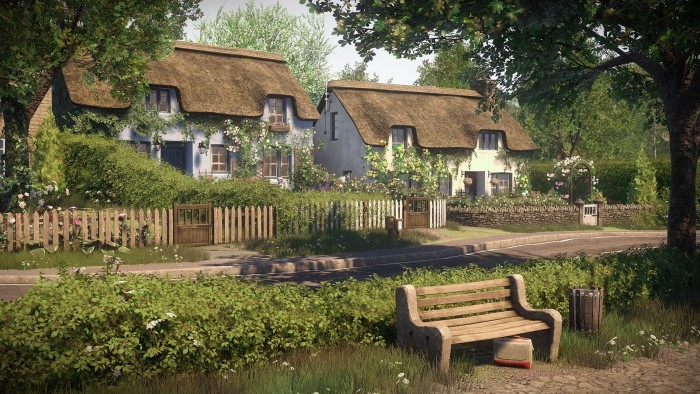 The first thing you’ll notice are the graphics. For that, we can thank CryEngine, which perfectly conveys the desolation and natural beauty of our main story location – the town of Shropshire. Audio and sound direction as well are no less credible for the strongly bleak atmosphere of the game. The camera is from the first person view, which adds to the mystery because you have no idea who you’re playing as, but also helps with immersion while collecting story snippets about the disaster that has befallen all characters – because everybody’s gone to the Rapture, apparently. If that title reminds you of Bioshock and the underwater city of same name, it’s worth emphasizing that compared to Shropshire, Bioshock’s Rapture is a true world metropolis! Because, in Shropshire you’ll find… barely anyone. But, let’s get back on point.

If you’re interested to find out what has happened in Shropshire and wiped out all the townspeople, you’ll be happy to know that the only reward and motive to play the game are the story snippets that you find out along the way. The game won’t be the one leading you on, won’t impose any missions or tasks on you. You will have complete freedom to explore the small, but detailed town and one simple mission – to listen to the “echoes” of the past, the supernatural projections of conversations of townspeople that used to be there, and then solve the puzzle on your own, piece by piece. There’s nothing more to it. This either is or is not the type of game for you. If you liked The Vanishing of Ethan Carter, you might like this one too. Although they aren’t exactly the same… If it must be partially defined, we could say that Everybody’s gone to the Rapture has the narrative „drive“ of The Vanishing of Ethan Carter, layed-backness of Flower, creepy retro vibe of the Fallout series, morbidly-leisured tension of the show Lost… Yeah, a real mix. But, is that necessarily good or bad? Well actually, it’s neither. If you’ve read so far, you probably can’t make up your mind if Everybody’s gone to the Rapture ends up on the positive or negative side of the gaming industry. But then, when it comes to something like this, that may not be that important. The game is so unique that there is a real possibility to fall asleep with it, or absolutely love it. We could even go so far as to call it a benchmark project, since besides dazzling visuals and great audio, there isn’t much gameplay. Maybe the best way to experience it would be watching someone else play through it in one sitting. If possible, that is, because of the main character’s ambling. That’s right, despite the game being pretty laid back, the main character seems to be even more so – walking at the pace of an epic trailer camera rather than the pace of an interested human being. Ironically, there is a ‘run’ button (hold R2 for a few seconds), but even then his pace can’t be called a run, but rather a reluctant jog. The game is certainly going to test your patience with every passing second, and only those with the fortitude and curiosity will endure until the very end and find out the whole mystery. 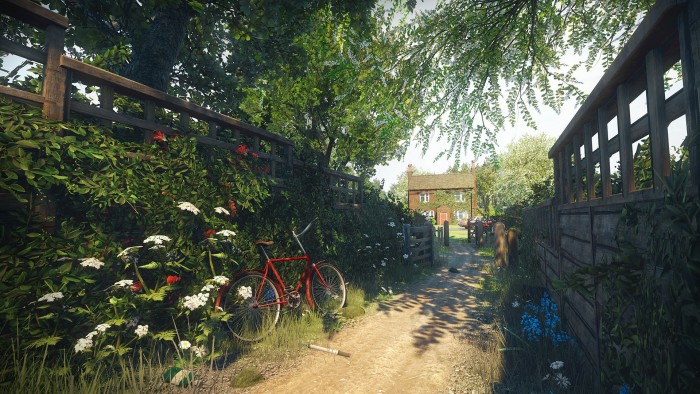 What else is there to say except that you are going to have to try every doorknob, search every house, every tuft of grass, look behind every sparkling rock in hopes of finding a story snippet, and in hopes of being astonished and amazed by a piece of narrative gameplay joy. 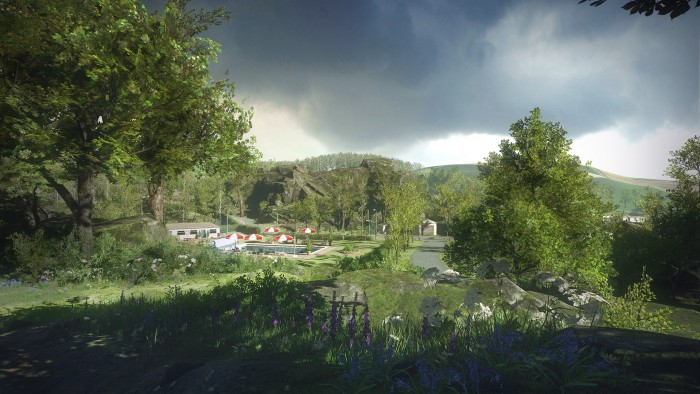 The pricing is acceptable, seeing how it’s a quality exclusive, but be careful. If you’re looking for action, fast pace, direct narrative and multiplayer, turn back – this isn’t for you. If you’re looking for a fantastic visual experience, fantastic sound that hooks you in (best experienced on headphones), relaxing yet creepy story and great voice acting… Then, oh yes, don’t miss this encompassingly unique game. You won’t find anything like this, nor similar in many different places. Not even in Rapture, where there must be an epic party right now, with all the people arriving at once. Woah…

Everybody's gone to the Rapture