I have needed about a hundred hours of gameplay to come full circle and find a meaningful way to review this game. I have needed to let my instincts and the atmosphere draw me into everything that Phantom Pain offers, lest this text be found wanting as a review of the Metal Gear Solid V: The Phantom Pain. I’m not joking folks; The Phantom Pain is an immersive gaming experience that will feel different for every one of us. It’s a product of the most entertaining gaming concept of Metal Gear Solid series, which is in itself a tremendous compliment.

Let us assume that you have already tried out The Phantom Pain’s short prologue, Ground Zeroes. In that case you have already experienced the depth of possibilities in gameplay and the progression tempo that the player dictates. There are rumors of players that got tens of hours of gameplay value out of that short prelude alone. If that’s the case, those players would get hundreds upon hundreds out of The Phantom Pain! The game is bigger, more developed, and richer in every conceivable sense than it’s predecessor. Where gameplay is concerned, we have before us the most entertaining and polished Metal Gear Solid ever. But… Is everything that great? To best be able to convey how The Phantom Pain measures against it’s predecessors, I will make step-by-step comparisons of each of their key components: the story, the direction, the acting, graphics and music, and of course, gameplay. So, let’s begin… 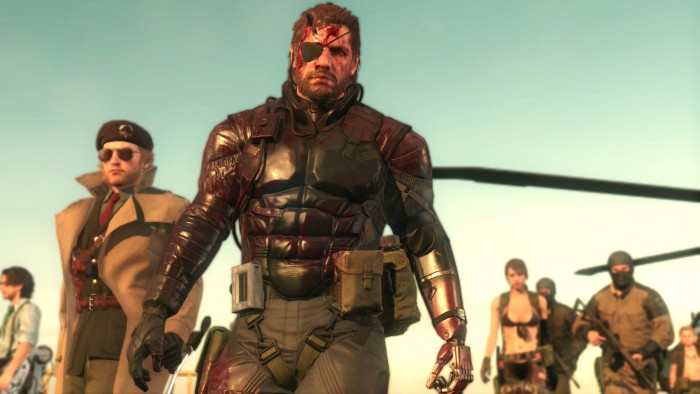 Without fail, every single Metal Gear Solid game so far had an extraordinary, intriguing and smartly written storyline, with guidance from super-imaginative Hideo Kojima. Each one had gradually drawn you in with unexpected twists and epic epilogues that you could just about taste since the initial chapters. There is no Metal Gear Solid storyline that wasn’t retold and theorized about. Each one would have at least once made you stop in silence, partly out of wonder and partly out of respect for the game that has surprised you when you’ve least expected. And how did Phantom Pain fare in that regard? We can say it did similarly, but not quite the same. Is that a bad thing? Not necessarily. The game starts with an elegantly intriguing prologue, which levels questions at you that you’ll be chasing answers to until the very end. But as for everything in between – you’ll feel an unexpected emptiness. This emptiness that plagues the narrative of this sequel is mostly caused by the disproportionality between the amount of story vs. the amount of gameplay. While the series had always been known for it’s cinematic experience interwoven with twists, and with a balance of interaction and cutscenes (with the exception of the fourth installment), in this one the story is barely noticeable. Even though it’s interesting and well done, the gameplay simply overshadows it. When it comes to gaming, quality gameplay that allows you to create your own scenario can’t be a good thing. But in the case of a Metal Gear Solid game, it’s safe to say that it’s a bit of a letdown. 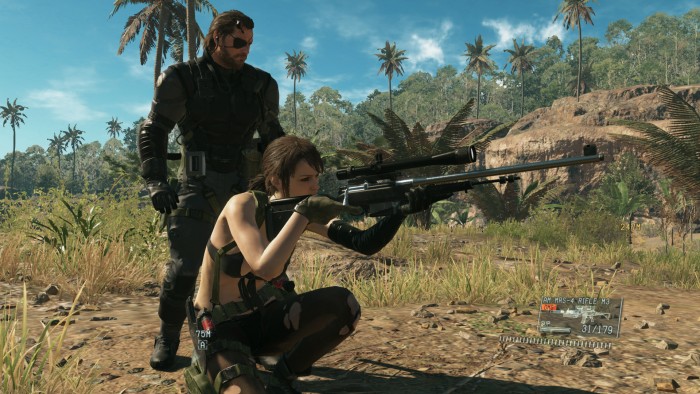 In direct correlation to this is the directing. While the previous Metal Gear Solid games had a certain flow to the narrative, in The Phantom Pain you’ll often face the “problem” of choice. In other words, the time when you’ll get to see the next cutscene will depend entirely up to you. And seeing how the game will gravitate you to complete as many side missions as possible to unlock the multitudes of upgrades for yourself and your army, you’ll often find yourself asking when the last cutscene was anyway? Although each one of them is masterfully crafted and directed, and almost every one with any sort of action in it has that epic feel, you’ll get to see them so rarely that you might lose track of the story progression. This is kind of reminds of the great Peace Walker for PSP, but taking into account that this is the fifth installment in the main franchise, you wouldn’t be wrong to expect a different cinematic experience. You wouldn’t be wrong, but you would be led astray. And a bit let down again.

Now we get to the acting and characters… Do you remember those long talks over the codec? That chatty Snake that could talk for hours about guns, and smokes, and the meaning of life? Well, now get used to the introverted silent Snake that carefully weighs every word. All jokes aside, it seems like Kiefer Sutherland had done all work in about two mornings. The two characters that you’ll hear the most from are Ocelot and Miller, but since you’re going to barely discern which is which, you’ll get the feeling that the same actor voiced them both and got his mouth completely dry while doing so. Add to that the lack of the legendary talks over the codec, and we’re in for a completely different Metal Gear Solid experience, at least when it comes to the charm that those long conversations between the characters brought to the series. It seems that when it comes to the cinematic feeling, The Phantom Pain is a class behind it’s predecessors. And it simply seems that Kojima relented to those criticizing the fourth game and decided to reduce the amount of cinematography and concentrate on the gameplay quality. I can’t describe how disappointing that was for this old hardocre fan of the franchise. When it comes to the cinematic feel, if we weren’t used to the kooky quality of the previous ones, we would have probably hailed The Phantom Pain’s direction. But, although it’s all well done, it just wasn’t enough… Oh well, so how do the music and graphics fare? 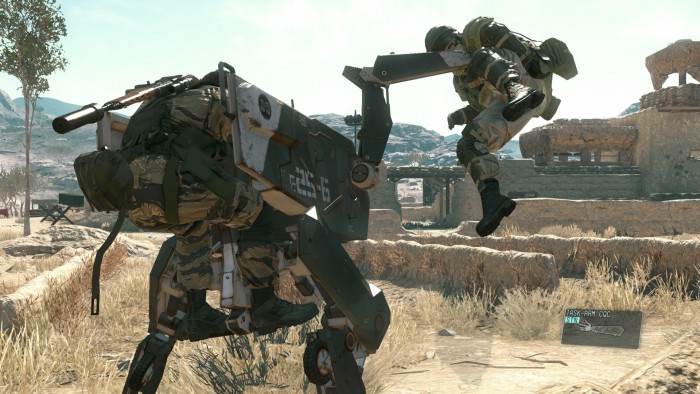 The music is one of the most recognizable elements of the series, with it’s accompanying themes that varies from one sequel to the next. The action sequence music, with it’s recognizable sounds and effects, was always something to look forward to. This time however, the man mostly responsible for the series’ phenomenal music, Harry Gregson-Williams, just took on the role of the music producer this time around. And while the music is at times quite spectacular and very well done overall, it’s not nearly as impactful as we’re used to. You won’t even be able to define the “theme” of this sequel. It is kind of disappointing that you’re probably going to remember just “The man who sold the world” (since the game takes place in the 80s, you’ll encounter many great tunes from that period) and “Quiet’s theme”. Although still great, the music is not on par with the previous sequels. So don’t get me wrong, the music is 10/10, but when compared to the already established standards of it’s predecessors – it’s impossible not to criticize. You know, out of love.

And now, a few words about graphics –it’s usually responsible for the first impression, but if the rest of the game is lacking, it would soon be forgotten anyway. But, since The Phantom Pain is a great game, the graphics here are just an icing on the cake. Even if at times you might not consider it very next-gen, so at others you most certainly will! The weather effects – rain, sandstorms, and other bad weather – are simply gorgeous. The light effect as it interacts with shadows, as well as the general lighting combined with well-modeled landscapes covered in quality textures, will at times seem almost photorealistic. The character models and animation is excellent as well. Simply put, you will be hard pressed to find a single fault in the game’s graphics, unless you look really, really deep and try to nitpick. The Fox engine does a great job; the game looks gorgeous. While it certainly looks the best on a PC, Playstation 4 is not too far behind either. It should be noted that the game looks pretty well on Playstation 3 and Xbox 360 as well, which is commendable. 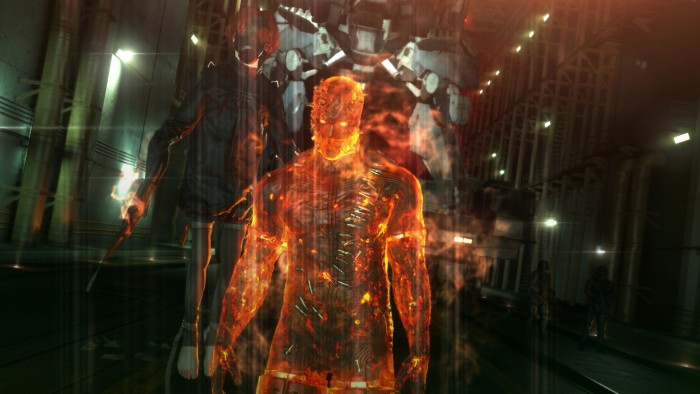 And what about the main aspect of any video game? How’s the gameplay stacking up in The Phantom Pain? Well, where to begin… How about this – it’s phenomenal! Extraordinary, fantastic, captivating! Without the superlative epithets we could simply say that the gameplay in Metal Gear Solid V: The Phantom Pain is… flawless. You have never encountered anything this good, polished, prudent and fun in this series. And beyond. It will draw you in, make you think and immerse you, make you plan every step, every bullet. The Phantom Pain will make you be Snake unlike ever before. Since the game is open world, you will have a frightening amount of freedom at your disposal. There are multitudes of methods and tools to finish the levels, and the combinations of them to apply are infinite. As before, we could divide them into stealth and action types, but that would only be broad categorizations. You can encircle your opponent, disable his communications, steal it for your own army, completely obliterate with an armored vehicle or with support of a personal chopper, you can simply skip them, shoot them from afar, scare them, beat them up, bomb them, put them to sleep, confuse, trample, avoid, or confront them in absolutely any way imaginable. By combining the different weapons, vehicles and followers you’ll be able to control the action as it unfolds. Although it might not sound admirable, since that’s the point of video games anyway, the freedom of choice in doing it is spectacular. Will your “movie” be about Snake with a rocket launcher chasing a tank on horseback; or about Snake jumping in front of a jeep and shooting the driver in slow motion, thus saving the prisoner with whom he later dramatically escapes on a helicopter… It’s all up to you. In addition, there is no difficulty setting to select, instead the game adapts to your play style to become harder; believe me, however much a mission might remind you of a previous one, you simply won’t experience it in the same way. The gameplay is not a 10… It’s a bloody solid, undisputable 10! 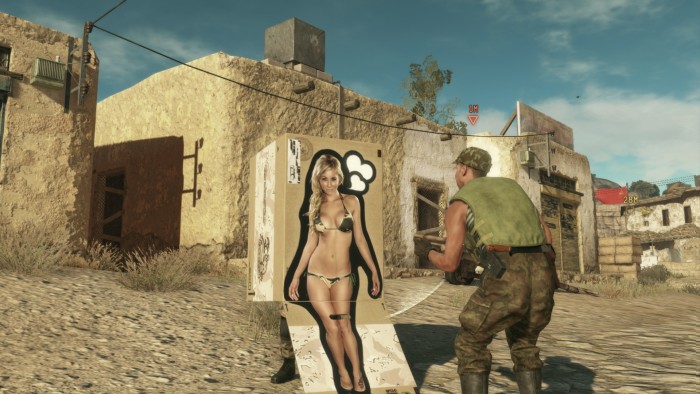 But there are other elements, right? Oh yes, in other fields, The Phantom Pain raises and broadens the standard of the series. Multitudes of easter eggs, specific tricks, humorous attitude that seems to joke about the attempted realism of the series. It’s all there, and more. Add to that the many, many types of weaponry and gadgets, the varied staff, hidden locations… Before you is a game that requires hundreds of hours just to discover and unlock everything. Furthermore, soon we’ll be getting the Online add-on, Metal Gear Online, completely free of charge. Oh, the joy! 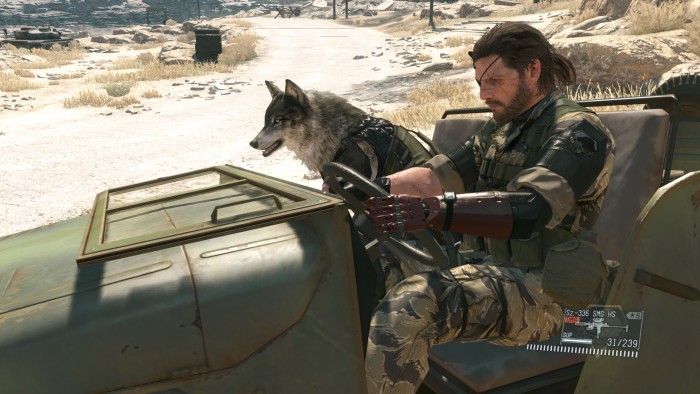 Metal Gear Solid V: The Phantom Pain is a game so good that it makes you realize that it could have been even better. Almost every critique about this game comes from the dismay that the perfectly utilized potention it has wasn’t used even more, even better. With all it’s bright sides, The Phantom Pain reveals it’s imperfect ones. With it’s geniality, it gives off an impression of incompleteness. Like a refreshing drink that leaves a bitter aftertaste, The Phantom Pain will make you mourn it’s grandeur. It makes you ster into it’s depths and wonder why it feels so empty when it delivers so much. Metal Gear Solid V: The Phantom Pain is an unreal phenomenon of a game that is too good. So good in fact, that you simply have to regret it’s shortcomings in those areas that we weren’t expecting them… Do not miss the opporunity to experience this refreshing diamond in the rough. You surely won’t. This is what you’ve been waiting for, right?