SOMA is probably one of the most anticipated games this year, which shouldn’t come as a surprise when we consider that people behind it are the same ones that made Amnesia, one of the most important horror titles of the decade. In case you’ve never heard of Amnesia, then this text’s probably not for you, because we will skip the part where we retell the stories and praises about one of the scariest and most original horror adventures ever, a game that has set the bar for the horror genre and has spawned many clones. We will however mention the Penumbra series, Amnesia’s lesser known older brother, who undeservingly became overshadowed and which we wholeheartedly recommend if you liked Amnesia, which we know you did. 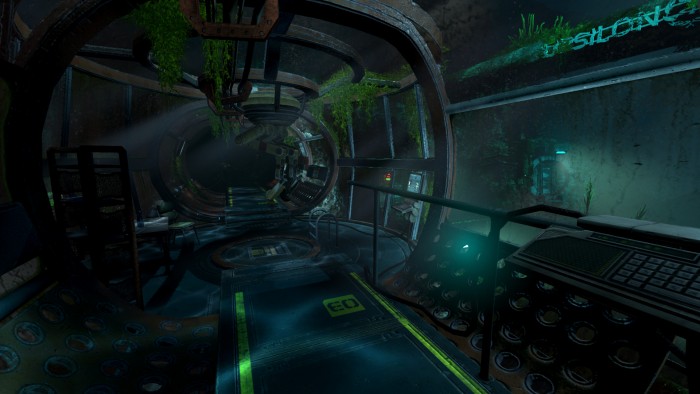 Anyway, back to SOMA. The developers have worked on this game ever since Amnesia: The Dark Descent (2010) released, because they’ve left Amnesia: A Machine for Pigs (2013.) in care of the developers from the Chinese Room studio. In Penumbra, we have visited secret underground facilities, in Amnesia we have roamed castles in the past, and now SOMA is taking us some hundred years into the future, to the underwater research station PATHOS-2. Your character, a simple Canadian guy named Simon, who one day in 2015 goes to a, seemingly, routine head check, but from which he wakes up in year 2104, on the aforementioned station PATHOS-2. Of course, he has no clue about how, where, what or why – which leaves him with no other options than to investigate. The story unfolds in an excellent natural pace, and you will slowly reveal the details and find out where you are, what’s going on, or more accurately, what HAD happened, as well as what had happened to the Earth in general, though your own personal part in all of that will remain a mystery for a long while. You will discover all of this by reading computer logs, listening to recorded crew memoirs on data stations, but also by talking to Catherine, the only other remaining person on the station. The writing is great and it deals with a topic we too could face in the near future – what makes us human? Which are the basic elements that make a human, and when does he stop being one? 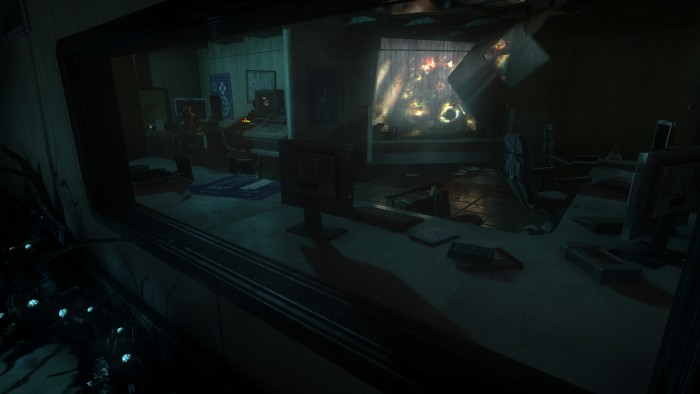 The atmosphere and the pacing are in similar vein to the earlier Frictional Games’ titles, although SOMA seems generally a bit less scary, or that’s our impression at least. Atmosphere around the locations that we move through is dense with foreboding and there is a pressing feeling that something terribly wrong has happened on the station, while a slimy oily substance can be found leaking everywhere, and in the meantime some kind of biomechanical matter spreads around the decayed, rusty rooms. You can feel both oppressed and depressed while exploring, but the true fear is somehow left out. It’s possible that the main reason for this is that your main character is quite talkative, unlike the ones you controlled in previous Frictional Games’ titles, and not only that, but his voice is also unnaturally calm and composed, sometimes even bizarrely cheerful given the situation he’s in. There is no trace of fear or panic in his voice apart from his breathing intensifying during dangerous situations. One would think that you’d at least be upset if someone transported you a hundred years into the future, who knows how deep under the ocean surface, among robots who think they’re human and everything around you is falling apart.

There’s a wide variety of monsters in the game and just like in the previous ones, they have their locations which they ‘guard’ and your only goal is to do whatever you are supposed to undetected and move along. They aren’t that scary either, but they definitely have interesting and unique designs, so almost every encounter will feel different and new. Some of the situations involving monsters can get tense, but that’s more out of frustration over not being able to bypass them. The main character doesn’t have a stress meter like in Amnesia, so you can huddle in the dark for as long as you want, and you will only enter a mild panic mode as danger grows, while many enemies indicate their proximity by creating static on your screen. 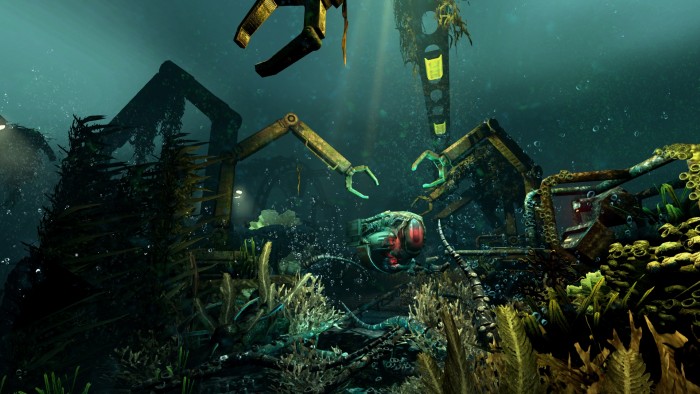 Gameplay is reminded us mostly of the previously mentioned Machine for Pigs, which was the first game to depart from classic inventory riddles we were used to seeing in Penumbra and the first Amnesia games. And while you can pick up, examine and throw any object around you that you encounter, you will rarely have to do so – there’s simply no need for it. Most of the time, the puzzles come down to solving something around the space you’re in at the moment, like entering codes and coordinates, pressing various buttons and switches, tearing out cables etc., simply put – interaction with the environment. These puzzles, if they can be called that, are fairly trivial and you’ll spend most of the time wandering around locations in an attempt to discover what to do next. You will often have to go from one end of the level to the other and back, which does provide some tension, especially if you’re not yet clear if there actually are any enemies there or not. Simon can run, crouch, jump and sneak, but he can’t swim. Which is completely bizarre and we think is a missed opportunity, especially considering that there are a lot of sequences on the ocean floor which look incredible, and which we could have enjoyed more of, if only Simon could have remembered how to swim. 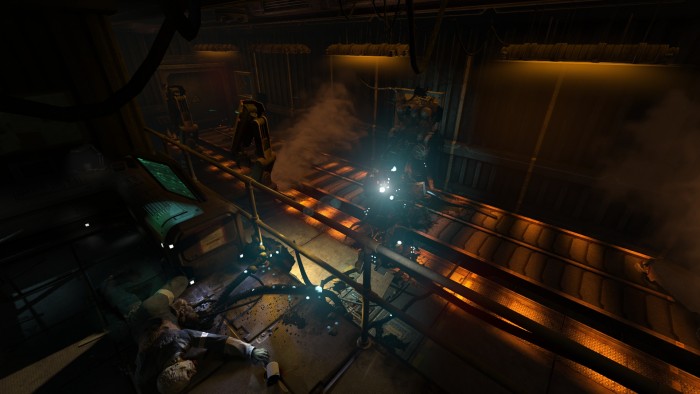 Graphics in the game, while of an about average quality, are still good enough, as it always was the case with Frictional’s games, so we certainly can’t fault them for this. The design of the station is excellent and it makes up for a lot of the game’s atmosphere. Narrow, claustrophobic hallways, abandoned rooms and facilities covered in verdigris and the aforementioned odd biomechanical mass, are alternating with locations on the ocean floor which look incredible and walking through them is a real pleasure, even during the moments of frustration when you think you got lost or aren’t sure where you’re supposed to go next. Sound effects are fantastic and they always were a strong point in these games, and even the rarely-heard music fits the ocean atmosphere perfectly and seems like it came straight out of an ocean documentary. We already mentioned the voice acting and that it seems to be the main ‘culprit’ to blame for the loss of scariness in the overall atmosphere, but on the other hand some of the robot ‘voices’ are excellent, and the tone of a confused machine that believes itself to be human is represented well.

Even though we may have made too many comparisons of this game to Amnesia and Penumbra, we would advise you not to do so, although that might be difficult not to do, if you’re a fan of those games. SOMA is an excellent game with a well written story and an atmosphere than you can easily immerse yourself into, but don’t expect any sleepless nights like you had after playing Amnesia, because here the tonal accent is on the psychological level, to make you feel uneasy, oppressed and claustrophobic, but you won’t get scared too much.