Don’t you just love it when during the holiday season your auntie Mary cooks the Sunday lunch? And she even calls you to watch her cook. She says: “Here, pass me some of that Dark Souls from the freezer, and two jars of last year’s Elder Scrolls I’ve been keeping in the pantry.” Leave all of that to slowly cook on a mild fire, while stirring regularly, then add a bit of Shadow of Colossus, and finally pour the whole pot over long-stewed Monster Hunter. When all is done, serve it with a glass of fine, matured Devil May Cry. And after all of this you are left with only one reaction – Auntie, this is all wonderful, but… I’m so overwhelmed. Well that’s exactly how players around the world felt when they, nearly four years ago, got served fresh Dragon’s Dogma on last generation’s consoles. But to clarify…

Capcom made a colossal effort to create a game that would almost obviously draw inspiration from some of the action-RPG genre’s strongest titles – and they were successful. Dragon’s Dogma was created as a mix of great elements from all of these games, and neatly assembled into one epic world. Everyone who’s looking for something different will fall in love momentarily.  But, as it is with every infatuation, you begin to notice the flaws after a while. 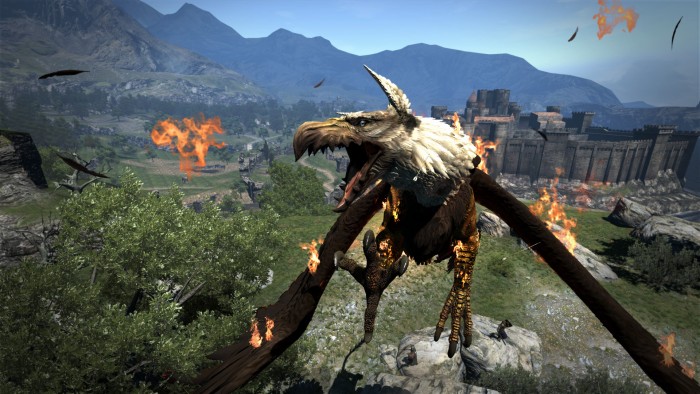 While when it comes to gameplay the game was flawlessly fun and original, it had technical difficulties. Frame rate was constantly dipping and was generally unstable, which resulted in long loading screens and frustrating battles. In the end, only the most faithful remained with the game, hoping for some new, better polished sequel or at least a remake. Then the sequel came in the form of a few DLCs, all packed up together in a package that was Dark Arisen. The game was vastly expanded, but the technical problems still remained.
And now, several years later, a new remastered, wonder-game, free from technical difficulties, comes to our computers to remind us what was that brilliance we saw in it all that time ago. In reality, this isn’t an actual remastered game, but a console port. A fine, pure-blooded port. Considering this is a game from the last generation of consoles, which didn’t have state of the art graphics even when it came out, it won’t amaze you with it now either. However, since this is the version in which many graphical options are now unlocked, the frame rate is at about 60 frames per second even on average machines and the resolution doesn’t have an upper limit, you won’t help but smile to the fact that a game worthy of such technical support finally got it.

Watching the game run will now be a true pleasure for anyone who had the opportunity to try it out on PlayStation 3 or Xbox 360. The textures, as well as the models aren’t noticeably better, but getting to see everything in a sharp, fluid display of, still impressive, play of light and shadow, is truly more than satisfying. Though, to stop admiring the technical polishing of this jewel for a moment… what exactly is Dragon’s Dogma? 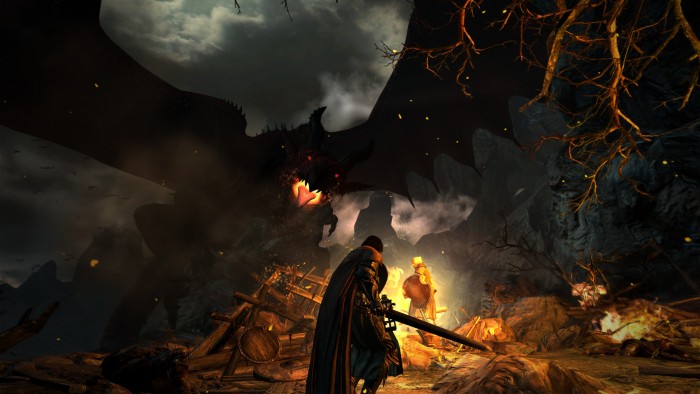 Dragon’s Dogma is an open world action RPG which might not impress you with it’s story, but it’s atmosphere and spirit surely will. The game starts with choosing one of the three possible classes for your character, which can later be changed, or rather, upgraded. And just as a heads-up, if you want one of the wackiest experiences, choose the Strider class without hesitation! The instant Lord of the Rings association isn’t for naught, because after you choose it and complete the tutorial you will realise that you’re not playing just any game – you’re playing a Legolas simulator. Without exaggeration, you will frantically kill hordes of goblins with your arrows, climb over giant opponents, and stab them with your (elven) daggers and sabres. No matter what anyone says, the Strider (later Ranger) class is a simulator of Legolas’ and Aragorn’s unborn twin brother.

After you finally run out into the open game world with your Argolas (A.N. That’s just too much!) and like an overly excited child head towards the nearest dark forest to attack a pack of wolves, remember – this game is a death sentence for such adventurers! In Dragon’s Dogma: Dark Arisen, success awaits only a patient, cunning player. Danger is lurking behind every corner and biting off more than you can chew will mean a smack to your teeth. Nobody will stop you from running to the end of the world, but it’s only your own end that awaits you there. Only by carefully strengthening your character and choosing your opponents wisely, will you over time become strong enough to face harder opponents who guard the real prizes. 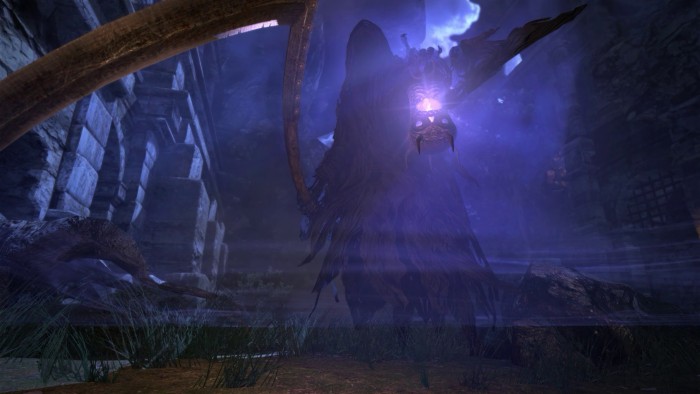 There’s a great system with using the “Pawn” characters. As the name obviously suggests, those are AI-controlled characters who will help you on your journey. You can create one and “share” it with players from all over the world, and he will in return bring you valuable gifts from his adventures. You can also hire other people’s pawns to help you on your own journey in the same manner. Just don’t forget to turn up your speaker’s volume and hear what the pawn has to say. You’ll feel like you just took a bunch of mentally challenged delinquents on a field trip. Their comments and reactions are mostly hilarious. The “Pawn” system, although flawed, surely makes the game unique and is an endlessly fun element. 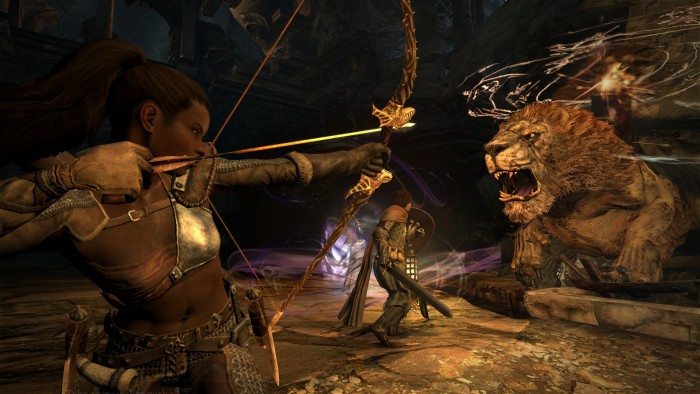 If you’ve already played the game, you know what to expect. If not, let this be a strong recommendation to give it a shot. You may have missed it’s momentum once it was originally released. Maybe you didn’t have a chance to venture into this different world at the time. So now, as a fair compensation, get the PC version with no special foreknowledge and let it engulf you. You won’t find the same juicy atmosphere anywhere else. Nowhere else will nightfall be as exciting as it is in Dragon’s Dogma. This is a unique opportunity which no RPG lover should pass up. Not now, when we can finally get to play the polished version of this game that we longed for so long. Because everything’s there – epic music and chaotic adventure the likes of which is hard not to love. Best of all, it’s masterfully cooked, but served cold. A true delicacy!