In the last few years a wave of MOBAs (Multiplayer Online Battle Arena) F2P games had flooded the gaming scene and became the focus of professionals and amateurs alike. If we consider the roots of this genre, they’d lead us all the way to fabled DOTA, which was in fact a mod made for a Real Time Strategy. This genre was popular in the nineties and early 2000s, but is now slowly fading into oblivion, swallowed up by the MOBAs dominating the market. The only remaining and still popular survivor of the genre remaining is Starcraft, boasting both a single player and multiplayer audience, and remaining the most well known RTS representative.

Last year, Gearbox released excellent remasters of first and second Homewrold games in an effort to rekindle the glory days of RTS’ and reward their faithful fans who yearn for a new strategy game with a piece of nostalgia. Homeworld had set the standard for space RTS games, as well as unit control and overall atmosphere of space warfare. Can Deserts of Kharak compete with that and call itself a worthy heir of the Homeworld franchise? This question is somewhat difficult to answer, so we’ll have to break it down: is it a good Homeworld game, is it worth the asking price, and is it a good strategy game. 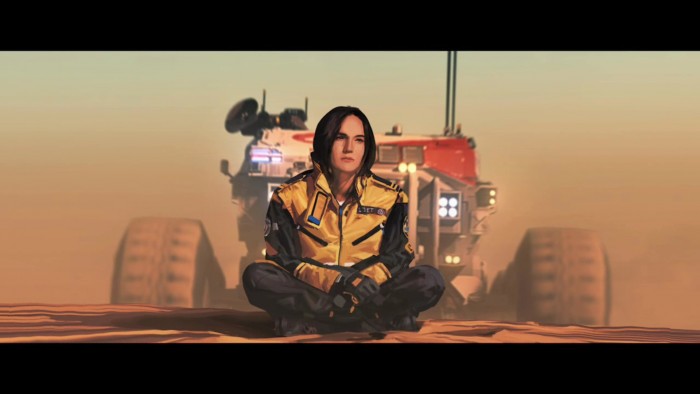 The game is set many years before the events of the original Homeworld game, on a desert planet not named Arakis, but Kharak. We follow the 13-mission story through the perspective of a scientist named Rachel S’Jet, who’s trying to find a hidden artefact in the dunes of Kharak that could save her civilization from extinction (spoiler: see Homeworld). Accompanying her in this undertaking is a land carrier, Kapisi. This carrier emulates the Mothership from the original Homeworld, but is much more useful and powerful. Kapisi is equipped with weapons, shields and other useful utensils which turn a simple unit factory into a devastating weapon of the Coalition. Standing in the Coalition’s way are Gaalsien, religious nomads who will do anything to prevent the Coalition from delving deeper into Kharak’s deserts. It’s going to be vital to carefully maneuver Kapisi in every mission to fully utilize it’s firepower. The artefacts are a big addition, and they can be activated on Kapisi to provide special passive bonuses to your army or Kapisi itself. It’s only possible to activate one artefact, but they can be switched on the fly which provides an advantage to the players who manage to obtain all of them and use them efficiently. 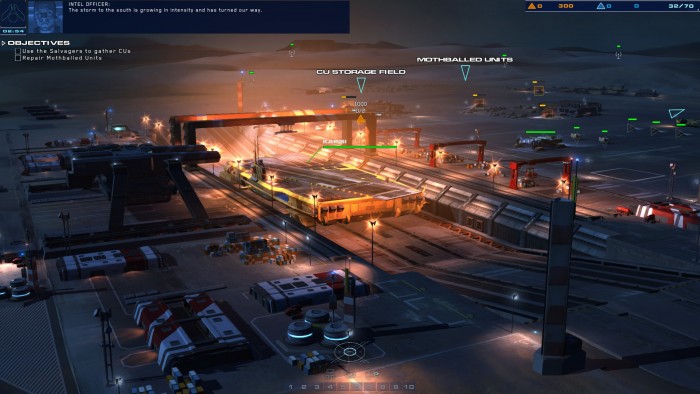 Unit production is not as accentuated as is their micromanagement. All units function on the “rock, paper, scissors” principle, meaning that one unit is stronger than the other, but susceptible to another, and so on. The game features unit covers and an interesting, although ‘seen-before’, mechanic of positioning on elevations for bonus precision and damage. Most of the units are slow, which is in keeping with the Homeworld spirit, although it can get tedious on larger maps where you might need to wait a few minutes to get all units in position. You can press the spacebar at any time to activate the sensor and check the map and positions of your own and enemy units on the field. This great function will help you coordinate groups of units, anticipate enemy movements and set up ambushes. Technically, the whole game can be played using the sensor alone. 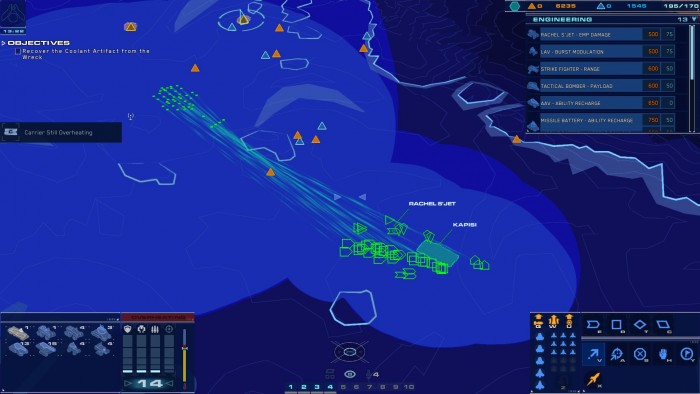 An important element in every RTS game is it’s skirmish mode in which you can practice tactics against the computer to improve your multiplayer game. Skirmish mode offers measly five maps that are all very similar to each other and will get old pretty fast. The AI is completely hopeless on lower difficulty settings, while it simply outright cheats and nothing else on higher ones. However, no difficulty will present an obstacle to better players. This is a big drawback, because the same could be said about the multiplayer which also offers only a handful of maps. An interesting situation often arises in multiplayer in which you’ll constantly be playing “hide & seek” among the dunes and outcrops against your opponent. At first you might think it’s just a cheap tactic because the goal is to destroy the enemy carrier, but soon you’ll find yourself in that same situation by necessity. 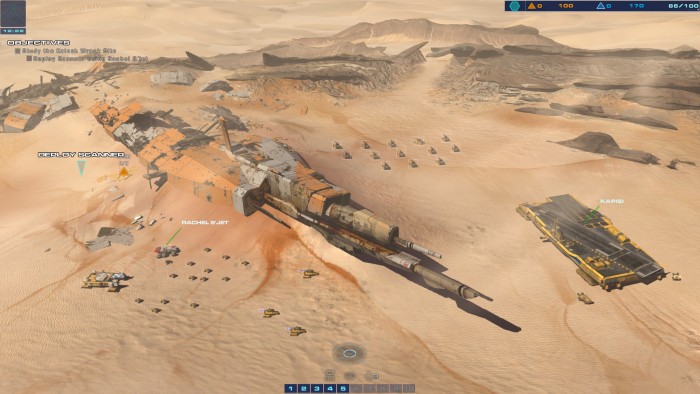 So, to summarize. Is Deserts of Kharak a good Homeworld game? It is, because it has that same atmosphere and feeling to a player who played the original, even though it doesn’t take place in space. The plot is solid and the cinematics are gorgeously visualized through a combination of live action and oil painting. Is Deserts of Kharak a good strategy game? It is, because it provides everything an RTS game should: good units, good macro and micro management, interesting tactical situations, etc. Is it worth the asking price? No, not even remotely. Multiplayer and Skirmish modes are completely bare and preclude any longevity to this game. Current price is too high compared to it’s content. We are sure that Gearbox will churn out a million DLCs, but that still doesn’t justify such a scarce start. Homeworld: Deserts of Kharak should find it’s place in your Steam library because it’s an excellent strategy game, but only after a Steam sale.