It’s hard growing up. When you’re teenager, everything seems strange, your emotions fluctuate, and you make bad decisions after which you wish that you could turn back the time and see what would have happened if you didn’t say what you did and perhaps acted differently. We have to apologize for our omission. Because we failed to review each episode of Life is Strange as they came out from Dontnod’s studio. But now, with the whole story before us, we’ll see why Life is Strange.

The beginning of this story might seem more boring than strange. Max is an insecure girl, new student in Blackwell school in her home town on the west cost of USA. A confused, albeit bright girl, a typical teenager who snaps an occasional selfie and listens to indie-rock, Max discovers that she’s not only a gifted photographer, but that she can also rewind time. Simultaneously, she’s being visited by nightmarish visions of an apocalypse that would reduce her town to ashes. Yup, a typical teenage life. 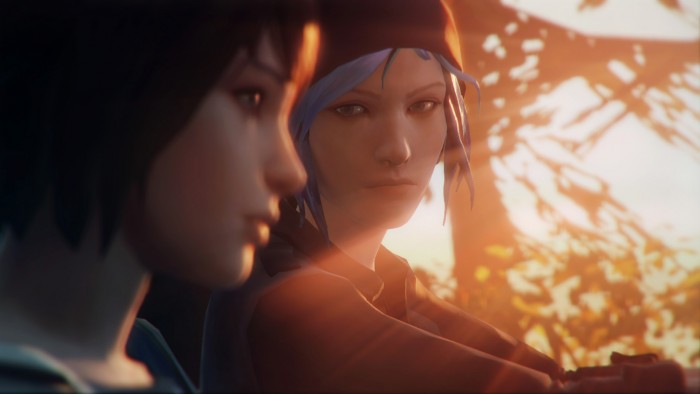 The game is divided into five episodes and the gameplay is very reminiscent of recent TellTale adventures, except that you’re provided with a wider movement allowance and the quicktime sequences were replaced with timed situations which you can rewind to your heart’s content. The introductory chapter serves mostly to help you learn the rewind mechanic and some basic rules (objects you carry stay with you, you can stay on a location during the rewind, etc.), all of which you’ll discover through dialogue between Max and her best friend Chloe. Even though the story is linear, many of your decisions will influence the outcome of some scenes, as well as the relationships between a significant number of characters.

Life is Strange is often an extremely difficult game, not because of complicated puzzles or anything, but because of the subjects it tackles. Death of loved ones, depression, suicide and auto-destruction – all very serious themes and scenarios that you’ll have to face in this game. There’s no ‘skip’ button, there’s nobody who can make decisions for you, and sometimes you’ll feel like the whole world is conspiring against you. Like the movie Guardians of the Galaxy, the music in Life is Strange plays a major role not only in the game’s atmosphere, but also as an initiator for the plot. The licensed soundtrack is chock full of excellent tracks and fits perfectly with the tone of every scene. You even get the music disk of it if you purchase the game as a physical copy. 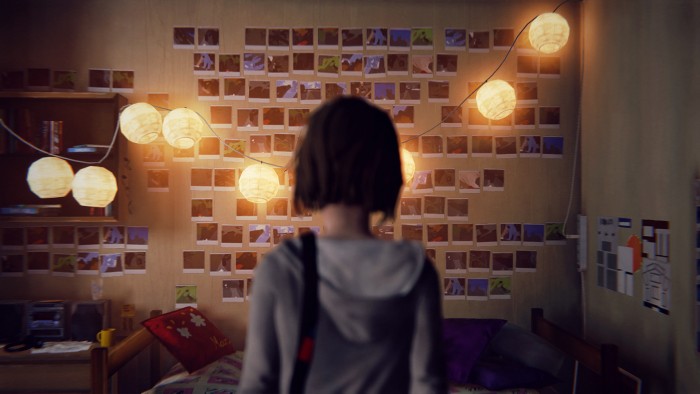 Certain scenes will hit you like a ton of bricks and make it perfectly clear why sometimes the main and episode pause screens feature a warning speaking of possible psychological effects, all with a link towards a depression support group. Personally, I had to lay down the controller and quit the game at one point. I stared blankly into the TV’s empty screen while contemplating should I even continue, and should I really allow everything that I thought was going to happen to the characters even transpire (and it did). No matter how awkward the game’s writing is, you’ll connect to the characters and start caring for their fates; you might take somebody’s side or actively work against another and build your own version of the story. It might sound crazy, but don’t repeat the episodes before finishing the entire game. Experience it as a whole in which your choices are truly choices, and not a chase for the best outcomes or stats that appear after each episode. Explore every nook and cranny, slowly absorb the world around you, and the game will reward you for your “snooping”. 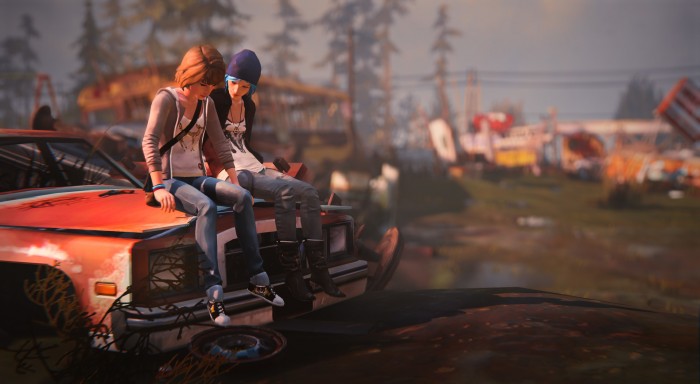 All of this makes me lament the game’s uneven tempo when it comes to events. Sometimes the story gets no development, while at another time you’ll be bombarded with information and dialogues because of which you’ll wish Max had the ability to freeze time, not just rewind it. You’ll hear Life is Strange being called a rollercoaster of emotions, but the same could be said about it’s story. The dialogues and written information sometimes suffer from this too, as if an adult tried to think how the teenagers would speak without knowing anything about it. This issue is brushing the fence when it comes to immersion, but luckily it doesn’t break it; however it does make it not as stellar as it deserved to be. 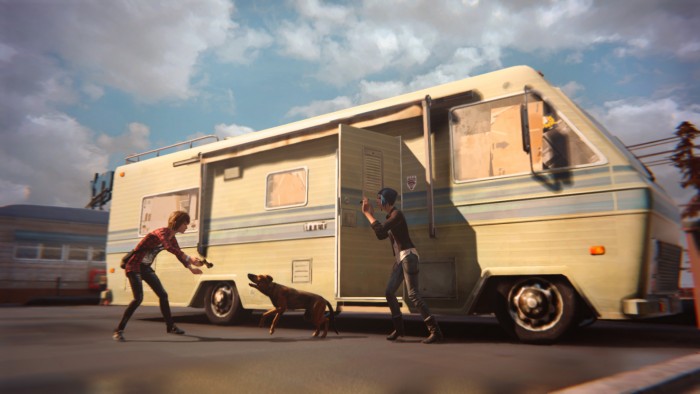 There were only two games that struck a chord in this old gamer’s heart. Those were Siberia and TellTale’s Walking Dead, both games packed full of emotions that make you stare bewilderedly at the monitor while the credits slowly roll over black background. This duo is joined by Life is Strange, one of the most sincere stories of friendship. This game is one step away from being a masterpiece, hampered only by it’s sometimes awkward dialogue, but absolutely worthy of your time and money. Besides, if a game can turn a grown man into an emotional ruin, then there’s no need to say much else about it’s impact.