Oxenfree is a debut game from the Night School Studio, a young indie studio, who’s in part comprised of ex-developers from TellTale Games. If you’re familiar with the work of that excellent development team, then you know that their games strongly accentuate the narrative experience. Layered characters, convincing dialogue and importance of decisions you make are some of the defining points of a TellTale adventure, which means that’s something we should expect here as well.

The story and setting of Oxenfree is influenced by the popular 80’s horror movie subgenre, the so-called teenage horror movies. Initially everything seems familiar and somewhat generic. A diverse group of teenagers decides to spend an evening on an abandoned mystic island where they plan to do what young people like to do: get drunk, hang out, and indulge in some light drugs. However, our heroes are all but typical irritating teenagers from cheap horror movies and that’s where the appeal and beauty of this game shines through. 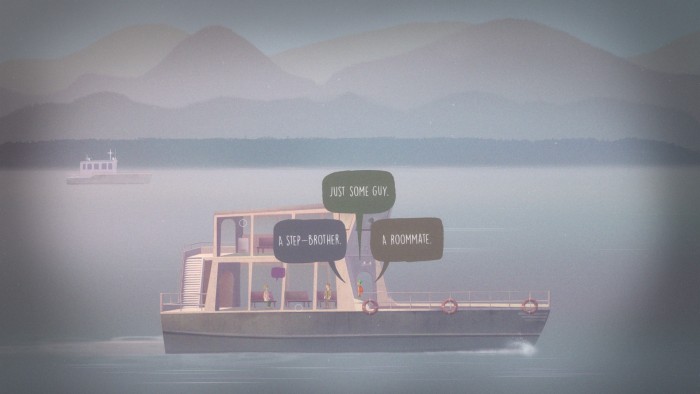 You take on a role of Alex, a blond girl whose brother had recently passed away, whose mother remarried, and who met her new step-brother that very evening. Joining her is her best friend, his crush, the ex-girlfriend of your lost brother… This seemingly typical group of high schoolers, with all of the problems that puberty and growing up brings, actually hides many complex layers which you’ll discover throughout the game. Soon after reaching the island they manage to wake “something” paranormal on it and will spend the rest of the game trying to discover what it actually is. The main and invaluable tool with which you’ll uncover the story and communicate with these paranormal activities is a small radio transistor which Alex brought along. As we mentioned in the introduction, the main features of this game are it’s narrative and dialogues, and some would mockingly call it a “walking simulator”. If you’re expecting action or hard puzzles, this isn’t the game for you. This is a game in which you’ll leave your reflexes and wit behind and enjoy the brilliantly written characters and dialogues, featuring all of their problems with growing up, with relationships, and with hardships with which these young people, on the cusp of adulthood, will have to face. 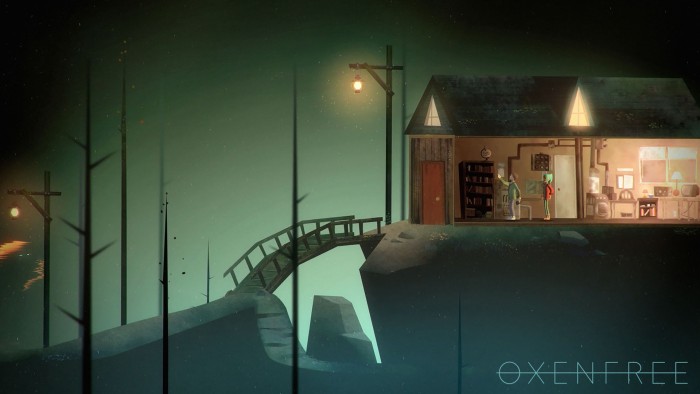 Throughout the 4-5 hours of gameplay, you’ll spend most of the time walking around the island and talking with your friends, and learn details from their and Alex’s life through those conversations. During the dialogues, you’ll always be able to choose between 3 answers, but you can also decide to stay silent, another detail borrowed from the TellTale games. The dialogues are meaningful and brilliantly written, and many of your decisions from them will accumulate in the end and determine the game’s ending and your relationship with each member of the group. That means that although the game is relatively short, there are a number of endings, so there’s definitely a reason to replay the game. Besides, while exploring the island, you’ll encounter tourist points of sorts, in which you’re able to investigate the background and history of the island. It’s easy to miss some of them, so there’s another reason to play a few more times and learn all the details.

Although it’s nominally a horror game, you’ll hardly be scared by anything; but, if you start caring about the characters, soon you’ll start dreading all paranormal situations out of concern for these kids and their fates. Beside the brilliant dialogues and believable characters, credit also goes to good voice actors, whose naive and adolescent voices fit perfectly with the story and atmosphere. Same goes for the music, which seems like it comes straight from an 80’s radio. 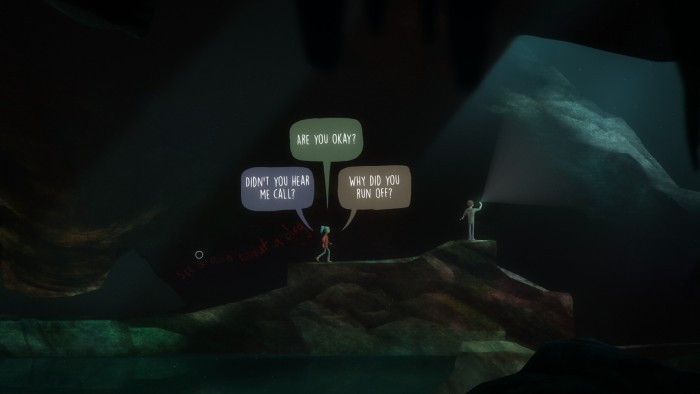 Visually, the game looks great with it’s watercolor style and kind of reminds us of some old fairytale picture book. The whole style seems mystical and perfectly captures the atmosphere of a spooky night on a deserted isle. And an especially charming detail is the ‘noise’ effect that happens during certain moments, and which is reminiscent of the ‘noise’ that appeared when rewinding old VHS tapes.

All in all, this is a classic “feel good” game. You’ll simply feel pleasant and fulfilled while playing it, enjoying those hand-drawn backdrops, and listening about life problems of list teenagers. And all that while trying to discover the mystery of a deserted island. We highly recommend it to all fans of old 80’s horror, fans of “coming of age” books and movies, and of course, fans of TellTale Games’ adventures.