The world is almost destroyed. The surface of our small planet is completely uninhabitable and the survivors are relocating underground, into the tunnel networks that used to be metros, where they lay the foundations of new civilization. This is not a plot to some spinoff to Metro books/games, but UnderRail, and RPG from a local studio called Stygian Software, a game that has spent more than half a decade in development and after a long stint in Early Access is finally available to our PCs. 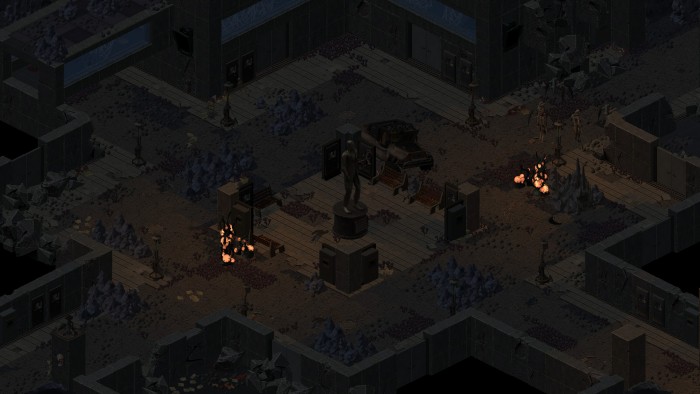 You’ll begin your underground adventure as a new settler of South Gate station, a status-quo zone bordering much bigger and not very neutral settlements. In the usual roleplay manner, you’ll start by doing small assignments for your neighbors and over time unravel a huge net of conspiracy and political intrigue between several factions. Your character is not predetermined and at the beginning you can spend a lot of time setting up his starting stats, choosing abilities and picking feats. The list of abilities seems intimidating at first, but you’ll soon find the ones that are most interesting to you and develop your character accordingly. It’s possible to create more or less any RPG archetype and successfully play it in UnderRail. 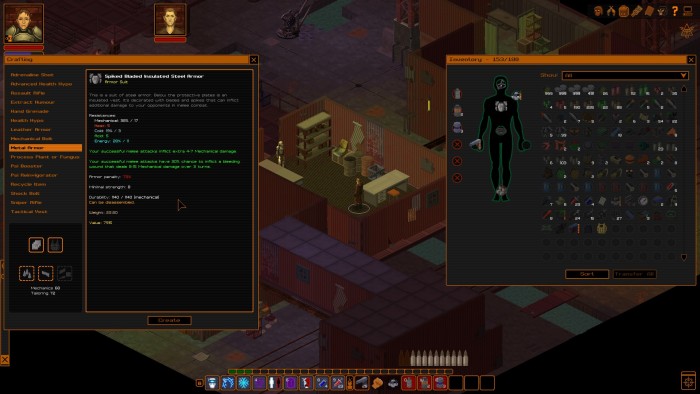 It’s impossible to avoid comparisons with the original Fallout. Starting with the isometric perspective, then retro graphics, all the way to the basic stats which are reminiscent of the famed SPECIAL system and turn based combat. This is, of course, not a flaw in this game – moreover, it’s a bold move to release an RPG so ingrained with classic principles, rather than follow the modern trend of streamlining everything. Stealth gameplay is excellently implemented and it’s quite possible to finish most of the game without direct confrontations, while strongly charismatic characters can use their honeyed tongues to avoid even getting scratched. You can use the very interesting ‘oddity’ XP system instead of the standard “kill everything for XP” system, which gives you a good reason to explore the world in detail and which will certainly appeal to players who like to play non-standard characters. 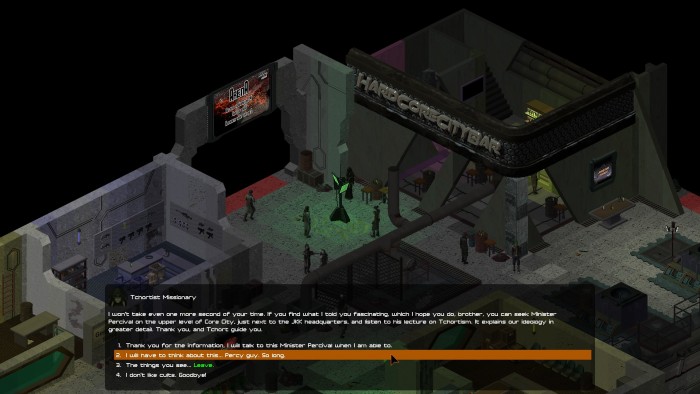 However, when it gets to combat, there’s the turn-based system featuring action points for movement and attack that we’re used to in RPGs. Weapon arsenal includes both close combat and ranged weapons, crossbows with different kinds of projectiles, as well as psyonic powers if you’re more magically inclined. You’ll usually end up crafting most of your own gear, because it’s most likely better than the pieces you find on dead foes or can buy from traders. It takes an effort to find all the materials and schematics to craft the best pieces of equipment, so there’s a feeling of personal success when you finally equip your character with the best gear, instead of simply picking it up along the way. 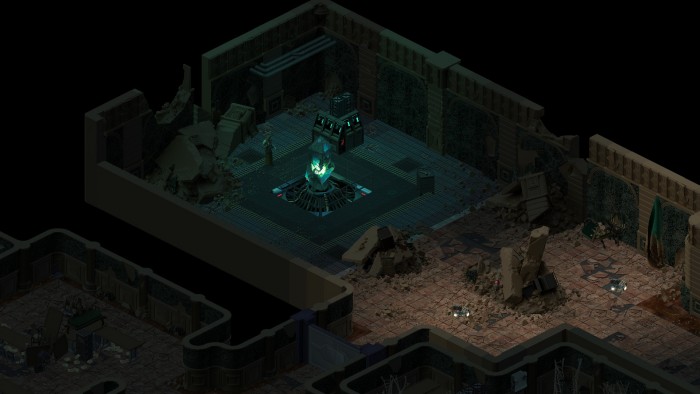 The biggest contribution to the games retro RPG feel comes from it’s visuals. The hand-drawn 2D graphics and “hacker” fonts will make old-school players grin with delight as they explain to the youngsters how the old games were better, truer and more complicated. This definitely helps with the game’s minimal hardware requirements, except in certain scenes where it causes the loss of fidelity. A few stronger shadows, especially around characters, would have probably helped there. UnderRail is a fairly long game and you’ll gets tens, if not hundreds, of hours from it; especially because different approaches to gameplay offer different experiences and options. This is very commendable for a price this low.

In the end, we can say that the Stygian crew’s toil had payed off. By making a sort of Fallout 2.5, they have found their niche in an overcrowded genre that has been transforming into pure action FPS games over the years. And finally, UnderRail is a local game that’s made it’s mark with the hardcore gaming audience. It’s not for everyone, but it wasn’t meant to be.