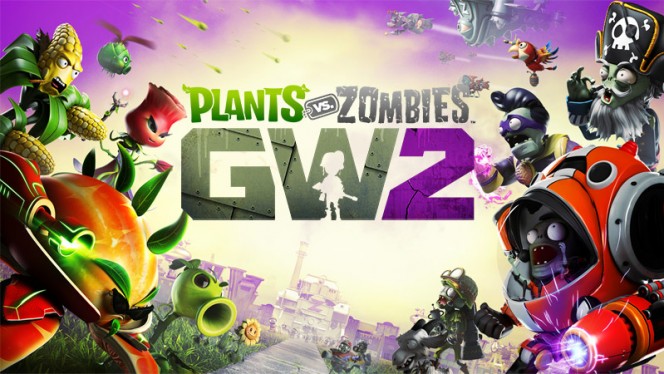 The first Garden Warfare have shown that PopCap can make a very interesting game in a genre completely different than Plants vs Zombies. Besides that, they have shown that using PvZ universe for different purposes isn’t foreign to them and that they can place the battle between plants and zombies in an action-packed war environment with equal success as strategy. Now they need to convince players that they can offer something new in a previously seen concept.

And “something new” already reveals itself at the start of the game. Unlike the first part, now you instantly have access to the Backyard Battleground brimming with interesting events. Regard this mode as a sort of a Skirmish or a fast clash which you can enter at any time. And once you enter this battleground you have everything at your disposal. You may try out new characters, new weapons, tactics, and ultimately, try to capture the central flag while your opponents are trying to do the same. Computer-controlled characters will stand in your way but your friends may also join into this instant party if they want to. Interestingly, this game mode also has many hidden sections, paths and bonuses, and there’s a firing range, i.e., a field to try out weapons and much more – we’ll leave some for you to discover. 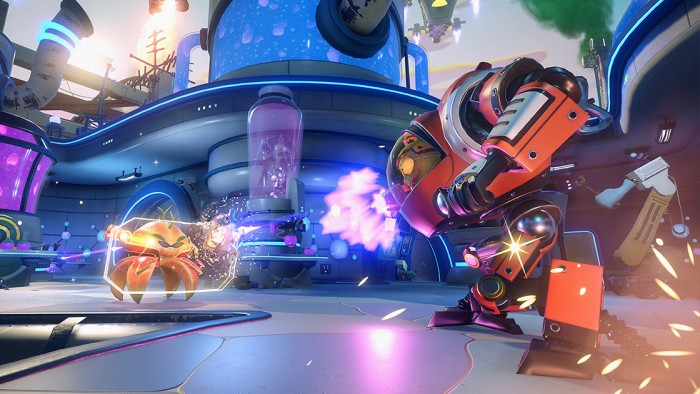 Garden Warfare 2 will engage you much more in single player and solo gameplay than the first one did. Of course, according to EA policy you have to be online even when playing by yourself. Bases in which you start your adventures now offer various missions, like MMORPG titles, where you have the opportunity to try out new units in action on both sides of the war. It’s a real pity that the implementation of these missions is a bit sloppy when it comes to performance and quality. Although it’s not all bad. First of all, computer-controlled characters which act as your teammates are worthy of all praise, because they’re quite smart and respond quite well to all tasks you set before them. Another positive is the presence of the traditional acute humor which Plants vs Zombies and other PopCap titles are filled with. Not only do they joke at their own expense and about plants and zombies, PopCap included and homage to a great number of other well known games this time around. 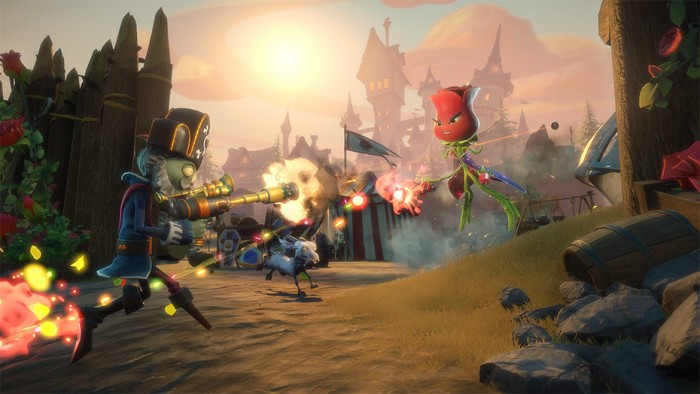 Story-wise, plants have sadly lost the war and zombies now rule the world. A bit like the recently released XCOM 2, this gives us a different point of view about the whole conflict and changes up the setting in its roots (pun intended!). So now Zombies seem more defensive than in the first game and you will see some minor changes to the classes to reflect this. Of course, along with the old characters there are some new ones that make an appearance, and the borrowing of motifs from other games only adds to the fun aspect. Who wouldn’t want a titan from Titanfall, nut in Plants vs Zombies variant? 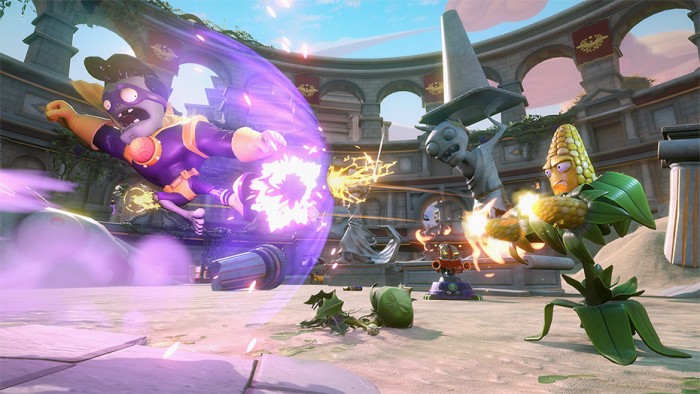 You may say PvZ2 is very reminiscent of the first game, but only in segments that it really needs to be – gameplay, concept, missions, bonus challenges, bosses and characters; with enough updates elsewhere, such as in the game modes. Turf Takeover is a mix of Gardens and Graveyards and Herbal Assault. Vanquish is a standard deathmatch, and especially fun is Obliteration from Battlefield 4, here called Gnome Bomb. We only regret that Turf Takeover, as one of the most entertaining modes, has only four maps.

Unlock system is still present, and the cards that amplify character abilities are still there as well. It’s commendable that there is a system to import characters from the first game, but it’s also a bit strange that the summoning cards have become much more expensive when compared to the previous title. At the same time, there’s also a lot more cards, which offers more possible choices in the advanced part of the game, but can be a bit problematic at the start when you’re constantly drawing cards you don’t actually need. 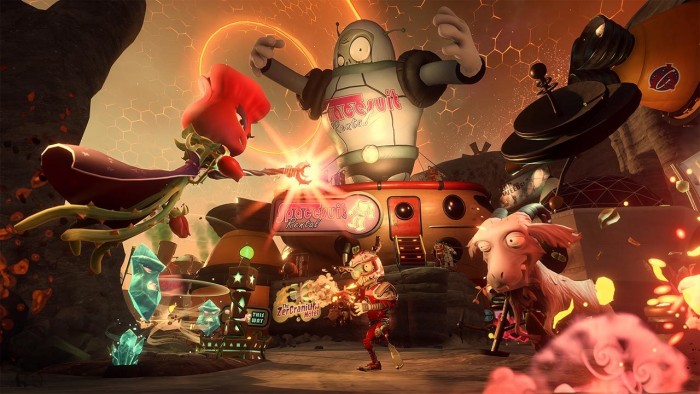 Single player storyline and missions are a bit strange and we’re not sure if they’ll meet with a positive reaction from the fans. Your computer-controlled compatriots perform quite well, while Backyard Battleground is pretty refreshing as a quick skirmish fun and lifts the Garden Warfare’s overall rating. New units and new modes are also praiseworthy additions. Garden Warfare 2 isn’t as revolutionary as its predecessor from two years ago, bit a good multiplayer is sure to provide hours and hours of fun to everyone who wants a laid back, interesting and stress-free shooter.