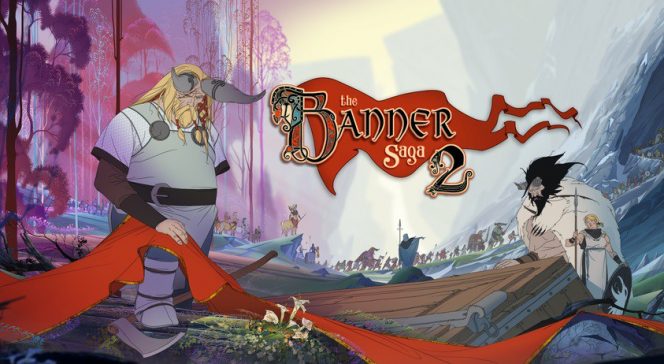 The caravan made its way west through a snow-covered tundra. Travelling together were humans and horned giants – two people whose mutual enemy annihilated their families. We cannot stop, for Draugr are at our heels. We heard them growling in the woods, we had to push on. Frozen and hungry, we barely managed to reach the a warm valley clearing. But this is only the beginning of our journey, and our saga continues. 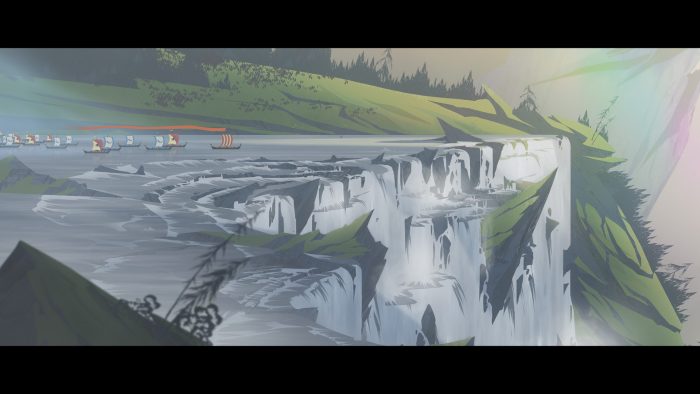 Two years ago, Banner Saga saw daylight through a successful Kickstarter campaign, a first game coming from studio Stoic. Conceived as a combination of the legendary Oregon Road, somewhat newer FTL and strategic elements of XCOM games, Banner Saga is a unique mix of turn-based strategy with resource management and hard decision making. The sequel, being the second game in the trilogy (yes, there will be a trilogy), is still completely leaning towards everything we’ve seen before, while only further refining the gameplay as we lead our Viking caravan onward down the river, over roads, and towards the western kingdom. 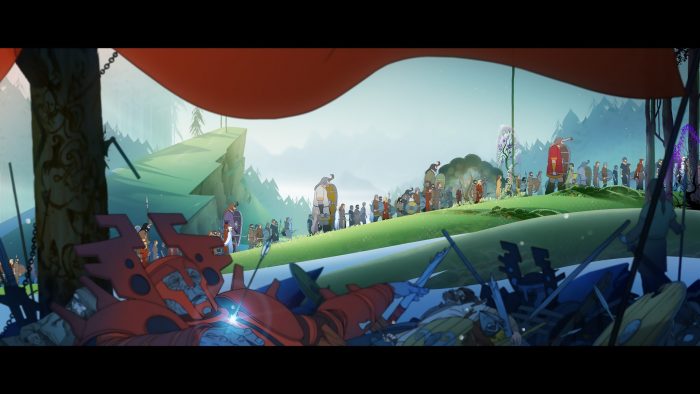 If played the first game, you’ll remember that the battles weren’t particularly interesting, even if they were numerous. Without a significant number of opponents and with the simple goal of killing everything that moves, they were the biggest criticism of the original game. Therefore, for the sequel studio Stoic prepared a whole host of new enemies and additional goals to meet during battles. For example, it might happen that all you need to do to win is kill the bandit leader, so if you manage to do that not only will the combat end sooner, but you’ll also potentially suffer fewer losses than if you had to kill every single enemy. The number of special attacks and character abilities was also significantly increased, so you’ll be able to experiment more when choosing a team before battle. 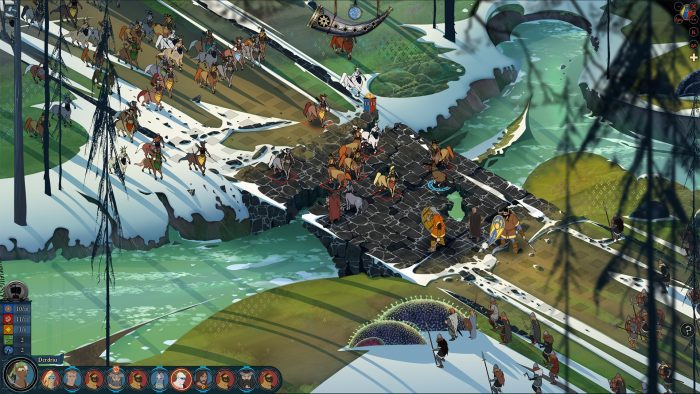 In case you haven’t played the original game, there’s good news for you, because the game is newcomer-friendly. Firstly, you can catch up with the story through an animation that you can access from the main screen, and which allows you to see and hear all of the important events from the first game (so – spoilers!). Then, there are numerous tutorials that will slowly introduce you to all of the game’s systems, from turn-based battles, to leveling your characters. For those who have finished the first game however, there’s the option to load your final save and continue with all the consequences of your actions included, which might mean that you might be missing some characters, as well as some optional quests. Of course, you can skip that option if you want, and simply start from what the authors designed as the standard beginning of the game. 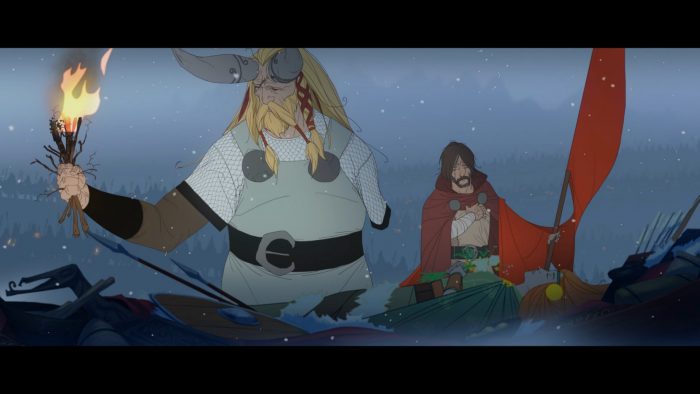 However, this is not the kind of game that you’ll play relaxed, slouching in your chair with one hand holding the mouse and the other a mug of your preferred beverage. Well, alright, you can do that, but you still won’t be relaxed. Banner Saga is a difficult game that demands drastic, sometimes even cruel, decisions from the player – will you leave the part of the caravan containing old and injured people behind, or risk an ambush; will you sacrifice food to make room for everyone on the ship… Every decision has a direct effect on the game and your journey west. That is why it won’t appeal to everyone, especially if you don’t consider it “fun” to  throw companions overboard and down a waterfall so that you can lighten the load on the ships and save yourselves from the current drawing you inexorably towards the abyss. 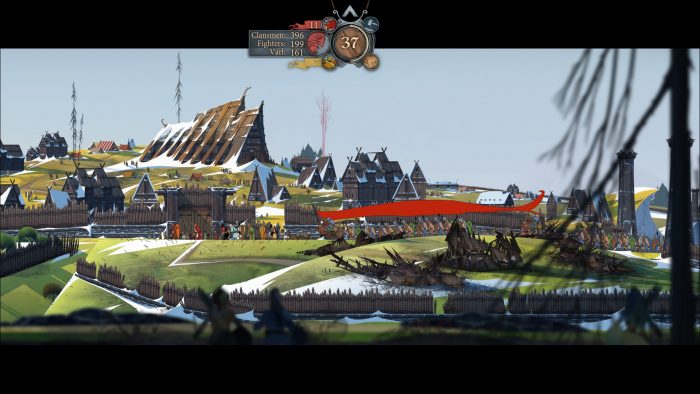 Audio-visually, the new Banner Saga is virtually unchanged compared to the previous game, because to be fair, there was no need to change such a beautiful art style. Everything you see on the screenshots is the same in the game, hand drawn and traditionally animated, and looking splendid in motion. It’s even better when we consider that the hardware requirements are so low, it’s almost at a “have PC, can play” level, which is very important for indie titles. Austin Wintory provided the music for this game as well, and it accentuates the game’s atmosphere perfectly. If we had to have a technical remark, it might once more be the lack of voice acting for the numerous dialogues. And it shows, considering that you would spend a lot of time in dialogue options. 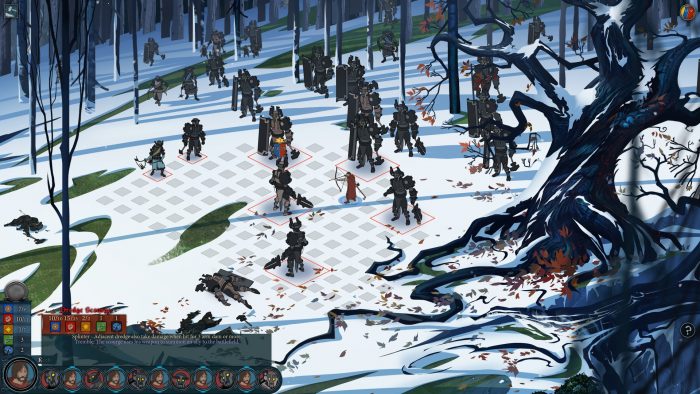 Just like its predecessor, The Banner Saga 2 is a game that will find its place on the computers of a specific audience that can power through the punishing difficulty and random events which can annihilate the caravan. If you find yourself in this, then without a doubt – this is a game for you. You might not be able to bring the continuation of this Viking saga to its conclusion, but sometimes even the journey is enough.