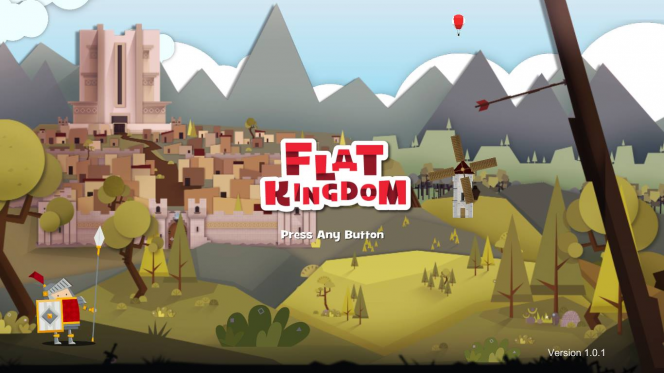 The Earth is flat! And when we say flat, we mean two-dimensional, and when we say Earth, we mean the world of the platformer game Flat Kingdom. This cute 2D “paper-craft” platformer comes from the company Fat Panda Games after a successful Steam Greenlight program, and draws inspiration from the games like Tearaway and Super Mario Brothers is obvious from the first screen and onward. 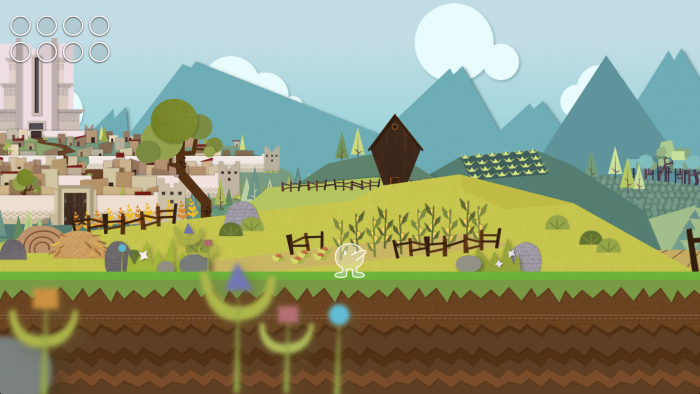 In Flat Kingdom, you take on the role of a two-dimensional character inventively named Flat, who comes to aid the king of Flat Kingdom whose daughter was kidnapped by a mysterious villain, who also took a magical artefact that causes the world to slowly become three-dimensional. Oh the shock, the horror! The game is divided into worlds in the style of Super Mario Brothers, and while progressing through them you will slowly learn the story, meet new characters, kill bosses, and jump like crazy. 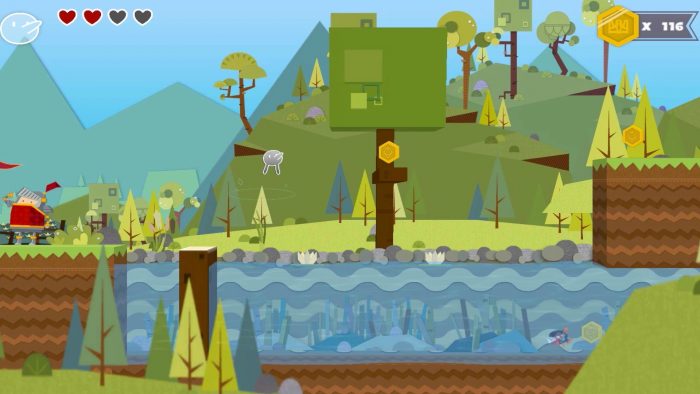 The most recognizable part of Flat Kingdom is the game’s main protagonist. Namely, Flat has the ability to change into three different shapes according to the situation. The round form gives you the ability to double jump, while in the triangular form you can sprint like the Road Runner, of course accompanied with suitable animation of your tiny legs spinning like fans, and the square form will slow you down immensely while giving you the ability to move objects and deflect arrows. What’s especially interesting is that it’s possible, and sometimes even mandatory, to combine the forms to circumvent certain obstacles. For example, Flat can make a running start as a triangle until he reaches the needed velocity, then turn circular for the double jump, and finally morph into a square to break through the obstacle. 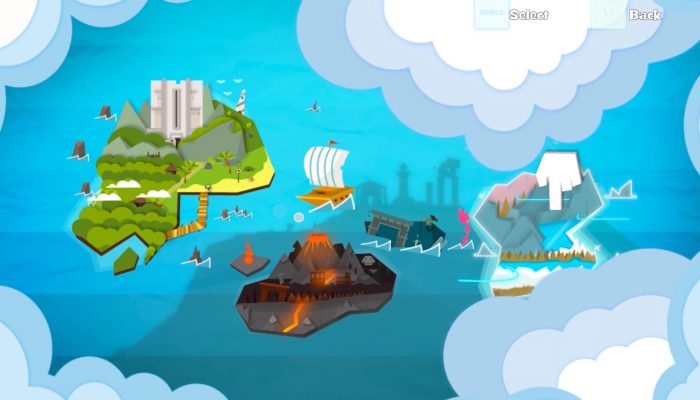 Everything said makes Flat Kingdom an exceptional platformer that sadly has two major flaws. No matter how good the platformer part is or how interesting the boss fights are, you’ll spend the rest of the game killing generic enemies around the map. Every enemy has a certain shape (circle, triangle, square) and can be destroyed only if Flat is in appropriate form, i.e. the rock-paper-scissors principle. Still, everything boils down to slamming Flat into enemies or jumping on top of them, all of which becomes tedious after a while. The second, much bigger problem, are the horrendous controls if you decide to play Flat kingdom on a keyboard. Simply, the game sometimes fails to recognize a button press, and that’s glaringly obvious when it comes to double jumping, and you’ll soon find yourself hitting the keys harder and harder like they were buttons on an old junky TV remote. 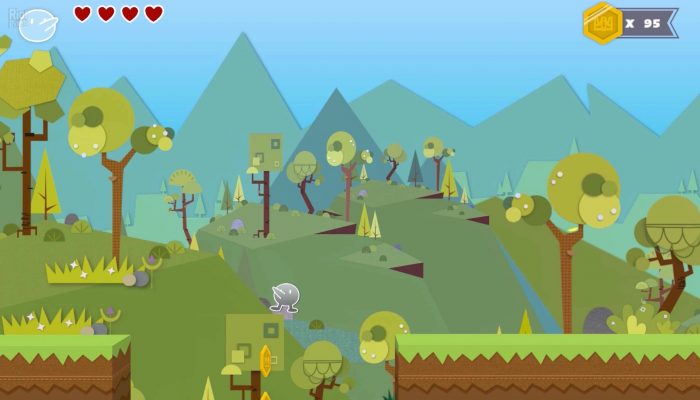 If Flat Kingodm was a steak Monte Carlo, the meat would be excellent and the rice would be overcooked. It’s a pity that the guys from Fat Panda Games failed to pay more attention to details, because those were what made the difference from their game becoming excellent, to being merely average.