Already after 10 minutes of the first mission it becomes very clear why XCOM 2 wasn’t developed on console systems. The game is simply too difficult. Not to mention the advanced mechanics and planning which aren’t standard for console games. This may be viewed as a negative side of the game, but in XCOM’s environment it works and adds to the overall, positive feel.

The mankind has lost the war in XCOM Unknown from 2012, no matter how well you played that game. Which means that in the sequel you’re not clearing up leftover enemies, instead you are the leftovers who are trying to free the Earth from aliens as freedom fighters, and also a group that supports aliens, called ADVENT. 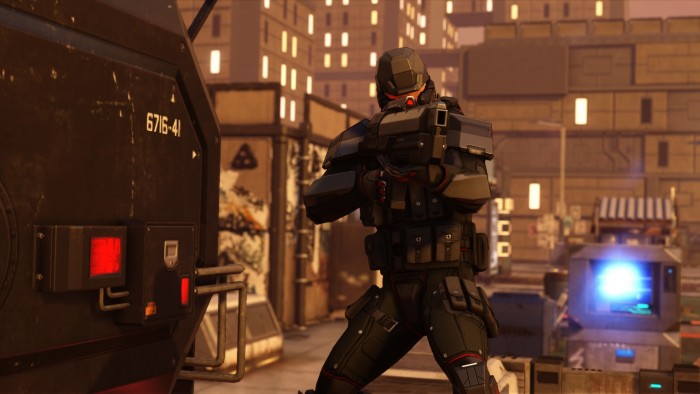 The environment in which you are conquered and in which the enemies are all around you supports Firaxis’ decision to respond to some of the players’ demands regarding the gameplay system. First of all, the fact that you are subjugated but still have the relative freedom of movement means that the aliens and their lackeys won’t view you as an enemy until you come up close enough or fire in their direction. This way you can prepare for the mission and think through your next moves. If you’ve played Enemy Unknown, but are wondering “How can I even tell if I got close enough when there are no indicators?”, you’re not alone. The main criticism of a large number of XCOM (1) players was that it was impossible to tell on which locations of the map you’ll be exposed to the enemy and which locations would provide cover and to what extent.

Now, all of that has changed. Red markings determine the current field of view of every enemy, while an empty, half empty and full shield determine the extent of protection a cover provides. You might think this would make the game easier, but you would be wrong. This way, Firaxis somewhat removed the element of “unknown” from the game, and brought in a new one – “unpredictable”. That may be a fine line, but it’s there . The inability to know something that is definitely there and is happening caused a lot of frustration among the players. Unpredictable events on which you can’t have any kind of influence are a different matter entirely. 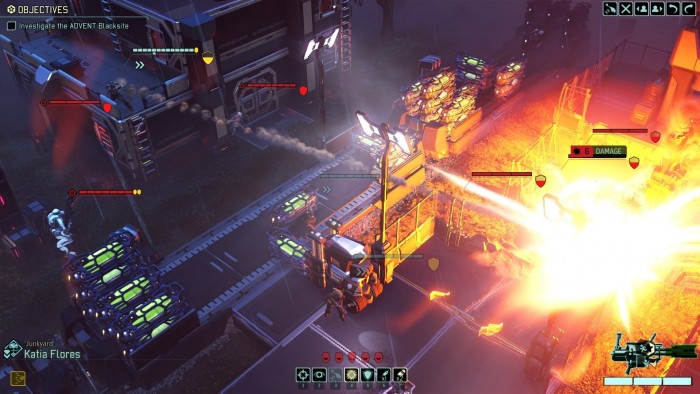 And the first of these unpredictable events is the procedural generation of maps. Although there are some similarities between the generated maps, it’s still refreshing to see different elements and different behavior of enemies when you restart a mission. The behavior changes even when you load a previously saved game, so there is no possibility to completely copy someone else’s strategy. Global strategies are, of course, a different matter, so it’s desirable and necessary to work out all the details about the team you will take on a mission and how would you want it to unfold.
Speaking of teams, they too have undergone some minor, albeit significant changes. One of them is not as important for gameplay – the possibility to detail the appearance of every solider you send out on the battlefield. Successfully completed missions unlock more cosmetic options, so at some point you’ll be able to create a solider that looks like anyone that comes to your mind. There’s only the issue that in XCOM 2 soldiers will drop like flies, so you’ll feel very sorry about them at first, and after a while you’ll probably stop spending as much time on their “makeovers”. The second major change is the class system. Although it shares some similarities with the one from the first game, classes were redefined from scratch – mostly by having a wider range of actions to choose from beside their main specialty and aren’t so narrowly focused.

We have mentioned that the soldiers die easily, and it would seem that that is as it should be. A reality you will face from the first mission (and even in the tutorial). You can try your best to save your comrades, and sometimes you will succeed, but in the end, you just have to get over the fact that the game expects you to make sacrifices. Certain missions are nearly impossible to complete unless you sacrifice one or more soldiers to create a diversion or leave one sniper behind to eliminate aliens trying to intercept your retreating team from a distance.

And while in XCOM Enemy Unknown you could have progressed over time to a point where the final missions are a piece of cake, that definitely won’t be the case in XCOM 2. Again, the game is highly unpredictable and you will reach for the ‘load game’ button often. In most cases you can only slow down the current chain of events, but can’t take them out of the equation permanently.
“Dark Events” are the events in which the ADVENT faction tries to complete important missions, advance globally, research new weapons or creatures. These events are chosen randomly and there’s always an option to choose one of the two possible events to focus your attention to. So it’s up to you to decide which the greater evil is for you and try to stop it. The second project will then certainly be completed, so in a way, its up to you to decide what kind of enemies you’ll get to face in your next mission.

Simultaneously, ADVENT is working on a big project called Avatar, whose completion can’t be stopped, only postponed – but even that will be of extreme importance, because if they complete the project early, you’ll stand no chance in that fight. Perhaps even more than in Enemy Unknown, the story in XCOM 2 is a very important segment and adds to the overall atmosphere, which is why beside the details we shared, we really shouldn’t spoil anything else. 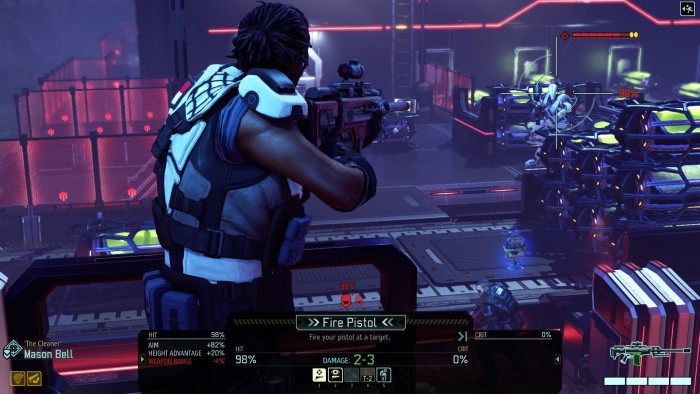 And finally, good news for everyone who loves this series is the support for mods and a complete Steam workshop. This way everyone who wants to create additional missions and share them with the player community will be able to do so, and Firaxis as the game’s creator already signed contracts with some of the greatest modders about creating new missions. A co-op mode had already been announced as well as many others, along with the standard multiplayer that was in the game from the beginning.

How can you tell the game has succeeded? If it’s hard, gets on your nerves, forces you to load saved games much more often than you’d like to, but you still keep coming back for more and you’re thinking about the mission you’re stuck on while you’re not playing. This is the case with XCOM 2.